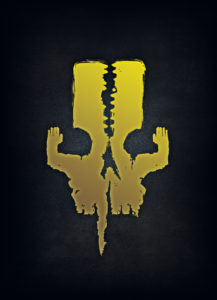 This The 7th Continent review was made after playing through one full curse (The Voracious Goddess) and part of another (The Dark Chest of the Damned). There will be no spoilers in this review.

What is The 7th Continent?

The 7th Continent is a cooperative adventure card game in which you explore a continent while attempting to find ways to lift mysterious curses. The game was designed by Ludovic Roudy and Bruno Sautter and is published by Serious Pulp. 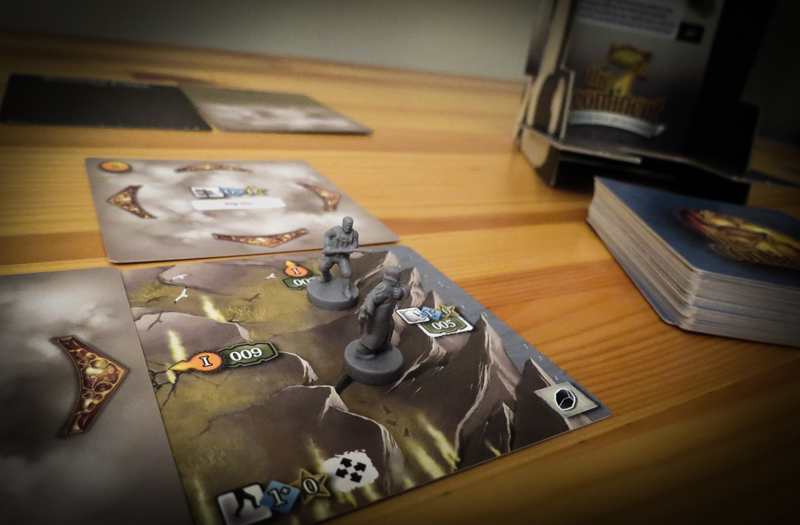 To begin a game of The 7th Continent, each player will choose a character and then collectively everyone will choose one or more curses they want to attempt to lift. Every character has his or her own Skill cards that are added to the action deck (more on that below) and a special ability they can use throughout the game.

The most important part of The 7th Continent is the action deck. This deck not only represents the skills and items you’ll gain throughout the adventure, it also represents your health. You’ll be drawing these cards to explore the continent, to create items, to heal yourself, and to perform a number of other actions.

The larger sets of cards found in the game are the Adventure and Exploration cards. The Adventure cards include the terrain you’ll be exploring and the events that take place on or around a specific terrain card. Each time you draw an Adventure card, you’ll read some information about the location and then add the card to the board. The Exploration cards, which are placed around Adventure cards when they’re first drawn, represent random events or items you’ll deal with or gain before you can move further in that direction.

The majority of the cards have actions that you can choose to perform. Each action will tell you how many cards you’ll need to draw and how many successes (stars) you’ll need. The actions will have success and failure consequences, which usually include drawing specific Adventure cards. After you’ve drawn cards from the action deck, you can keep one Skill card for later use. 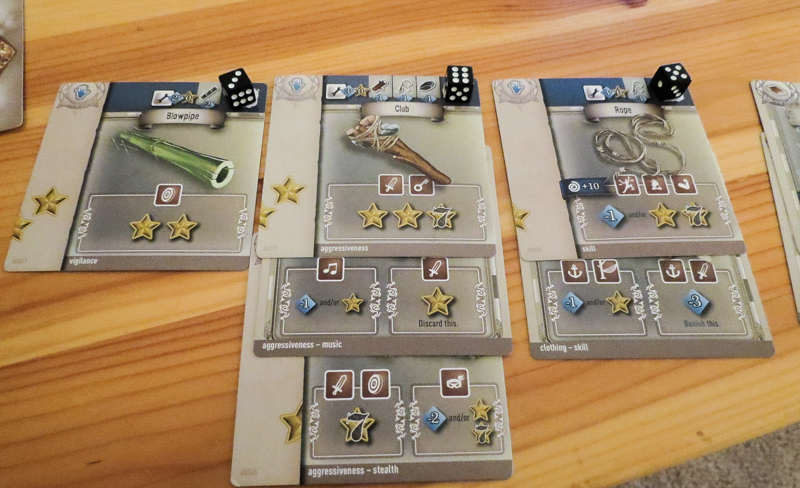 Item cards play a significant role in the game as they make actions easier to perform by lowering the amount of cards and/or successes you’ll need to draw. You’ll have to craft many of the items you get by taking specific actions (drawing more cards from the action deck). The amount of items you can have depends on the number of characters in the game. However, you can stack items on top of each other, making one larger item that uses every ability of the items in that stack.

You can choose to perform actions alone or include other players/characters. Sometimes working together on actions is the best option since each character involved can use their cards during that action.

As I pointed out up top, the action deck also represents everyone’s health. Some negative consequences of actions force you to take State cards, some of which make you discard cards from the deck. When you first run out of cards, the discard pile becomes the new draw pile. If you draw a curse card from that newly formed draw pile, everyone loses. You’ll win if you’re able to lift the curse(s).

The game comes with a save system that allows you to easily store away the cards you’ve gained throughout your current adventure. You’ll simply save the items you’ve collected, the action deck, and the the terrain card where you’re located and put everything else back in the box.

And that’s pretty much all you need to know before jumping into your first game of The 7th Continent. I guess I can also point out that there are hidden clues throughout the continent and it’s an open world design, so your group can explore anywhere you want for as long as you want. 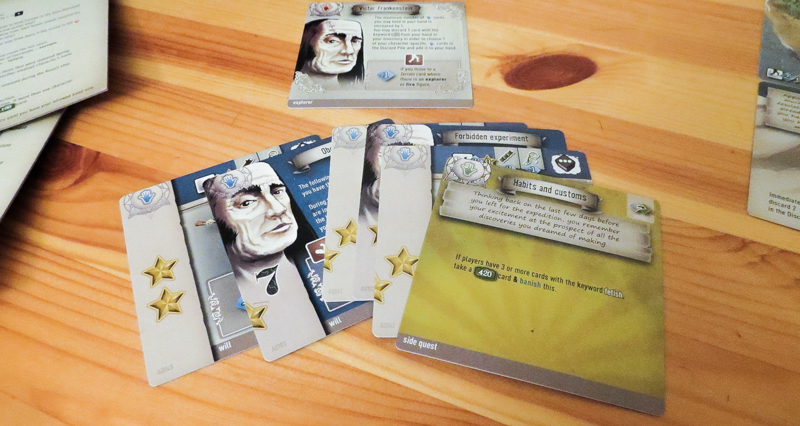 The 7th Continent uses an innovative exploration system – one everyone in my group loves – but we were hoping for a stronger story. I think the problem here is that the continent is so large and takes so much time to traverse that it actually takes away from the stories the game is trying to tell. Don’t get me wrong, exploring the continent is a lot of fun, but it can feel very repetitive at times, especially when it takes hours to find any type of clue. I should point out that we’ve only played the first curse and part of another, so there’s a chance that some of the curses are more interesting than others. My hope is that they come out with some quests/curses that last 2-4 hours apiece.

With all of that being said, I think there’s something really special here. It’s a great blend of exploration, survival, and choose-your-own-adventure all in one box. It’s a pretty amazing accomplishment that must have taken forever and a day to create. I have a feeling other designers are going to be using/borrowing/copying parts of this game in their own designs for years to come.

This game was made for people who want to explore/adventure through a completely new and freakin’ humongous world. If that’s you, you owe it to yourself to check out The 7th Continent. Actually, since it is so unique, I think everyone should at least play one 2-3 hour session to see if it’s for them.

Thanks for taking the time to read our The 7th Continent review! To stay updated on all things cooperative board games, follow us on Twitter, Facebook, or via RSS.