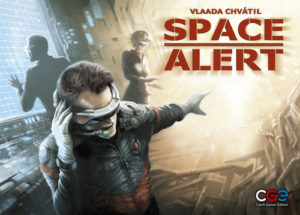 This Space Alert review was made after playing the game seven times.

What is Space Alert?

Space Alert is a real-time survival game in which you have to take on some nasty enemies in the middle of space. Each mission has you moving around your ship, powering up your shields, and shooting your weapons in hopes of surviving the onslaught.

Space Alert was designed by Vlaada Chvátil (Mage Knight, Through the Ages) and is published by CGE, 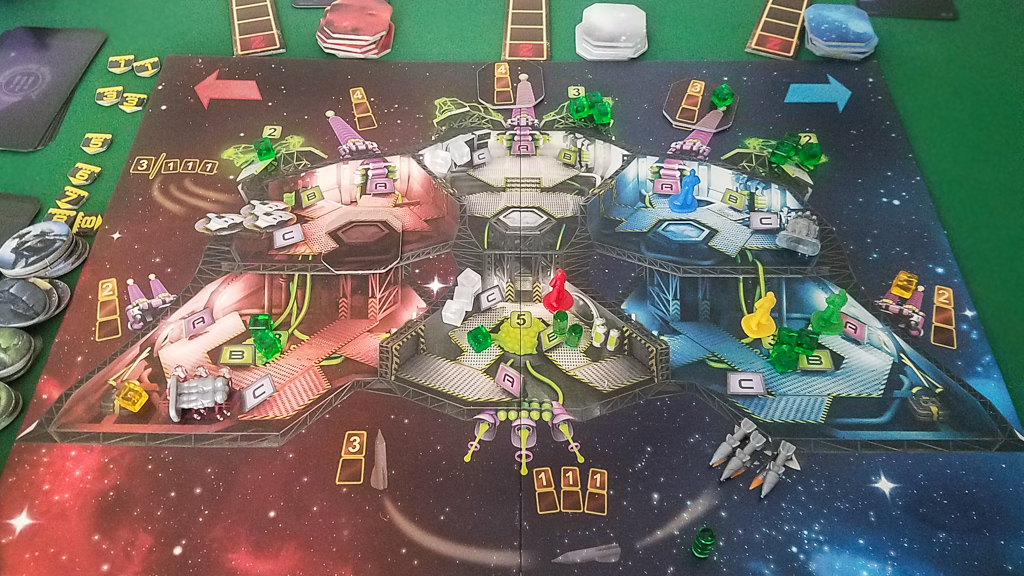 In Space Alert, your group gets to decide which mission you want to attempt from the CD/MP3. Each mission is separated into two rounds: the action round and the resolution round.

The action round is a three-part phase during which the computer announces threats that show up and you use/program your cards on your board to try to deal with those threats. The cards have movement directions and other actions on them, which will be activated later on during the resolution phase. You can work together during this phase and decide where you are going to move and what you want to activate around the ship. However, the cards are played face-down, so if anyone messes up their “program,” everything could be thrown off.

Once the action round is completed, the resolution round is played. One by one you move along the Mission Steps Board and activate the enemies and reveal your cards for each round. You’ll win if you survived to the end of the mission and you’ll lose if any of the three sections of the ship is completely damaged.

There is a full Space Alert tutorial that comes in the box, so even though it might be a bit confusing at first, going through the practice game(s) helps to clear everything up. 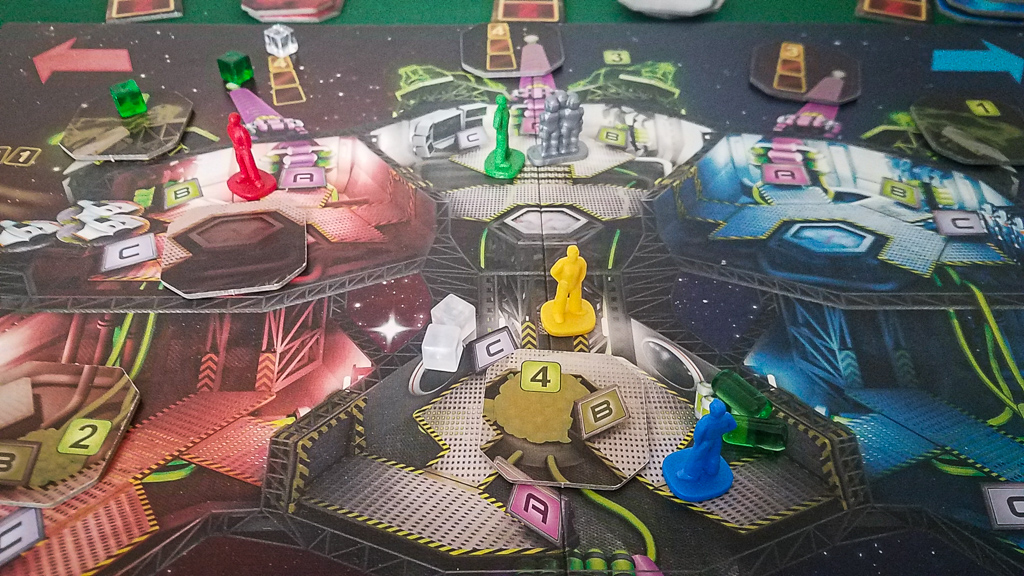 Space Alert is a great game for anyone who loves (or who thinks they’d love) intense science fiction conflict. Once everyone gets the basic rules and knows how to communicate, it can be a lot of fun being on this ship and finding ways to work together to survive. It is an excellent real-time co-op and definitely one of the best cooperative space games my group has played so far because the theme is well implemented, it requires good teamwork, and it’s very challenging.

If you end up enjoying the base game, I recommend taking a look at the Space Alert expansion, Space Alert: The New Frontier, which gives the game even more replay value.

Update: Space Alert is now on our Top 10 Real-Time Cooperative Board Games list!

Thanks for taking the time to read our Space Alert review! To stay updated on all things cooperative board games, follow us on Twitter, Facebook, or via RSS.