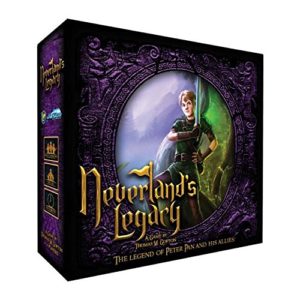 This Neverland’s Legacy review is based on nine playthroughs, including at least two at each player count.

Neverland’s Legacy is a cooperative adventure game designed by the Lynnvander Productions team and published by Lynnvander and Jasco Games.

You’ll be playing as either Peter Pan and the Lost Allies or as Captain Hook and the pirates, searching for hostages, though for different reasons.

The two Neverland’s Legacy game modes are pretty similar, but they use different sets of cards, different tokens, and different boards. Once everyone has their characters and you’ve gone through the setup process outlined in the rulebook, you’re ready to go.

When playing as Peter Pan and the Lost Allies… 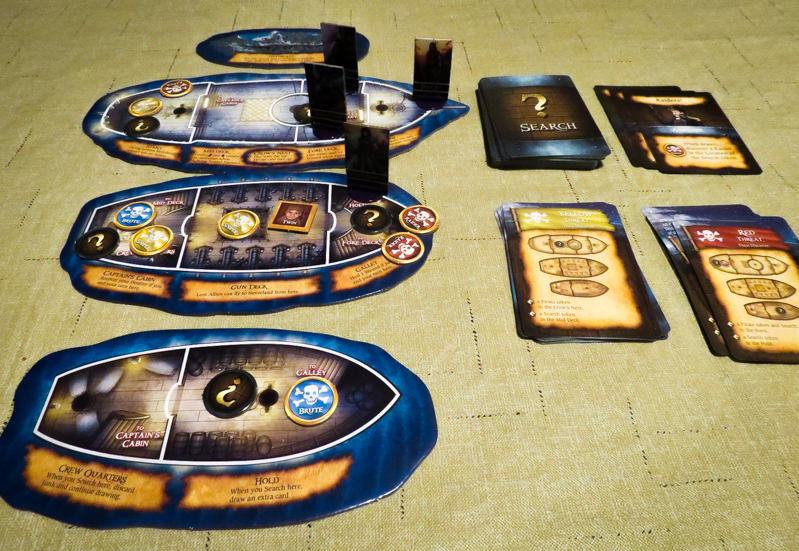 You’ll be trying to find and save hostages from the pirates on the Jolly Roger. Your goal is to get each hostage to the top of the boat so you can use Fairy Dust to send them back to Neverland.

While on the Jolly Roger, you’ll be able to use a bunch of different actions. Those actions include moving, fighting the pirates, searching each section of the ship, and rescuing other Lost Allies. You’ll also be able to use each location’s ability if there are more characters there than enemies.

You’ll have four actions to use on your turn, but you’ll have to roll dice for each Despair token that you have on your character sheet. You’ll get Despair every time you take a wound, a pirate is discovered in your location, and when a Lost Ally becomes “Fallen” on your part of the ship. The dice will tell you the actions you have to take on your turn, which can definitely slow you down. 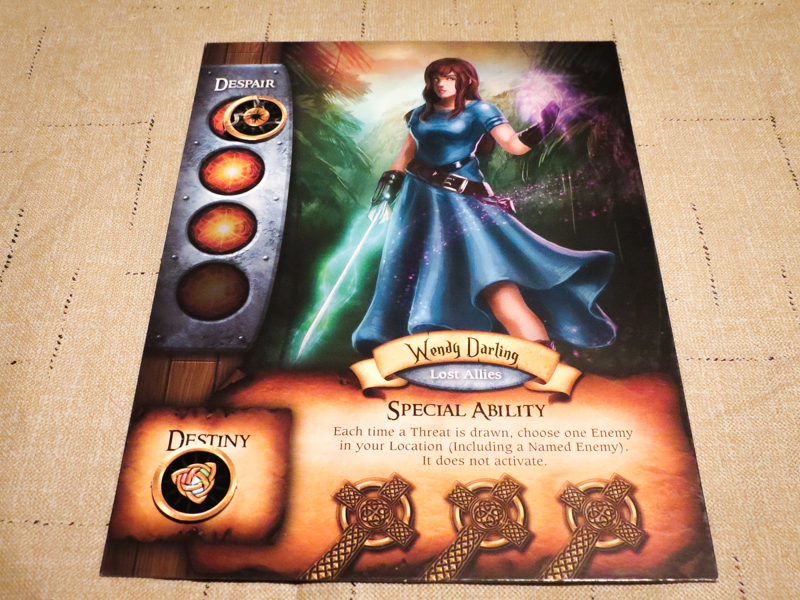 The majority of the enemies you’ll face are pretty easy to take down, but the Named Enemies are much tougher. They have their own special abilities that come into play when certain Threat cards are drawn.

At the end of your turn, you’ll have to draw one of those Threat cards. These tell you which enemies activate and where to place the new enemies.

When playing as Captain Hook and the Pirates… 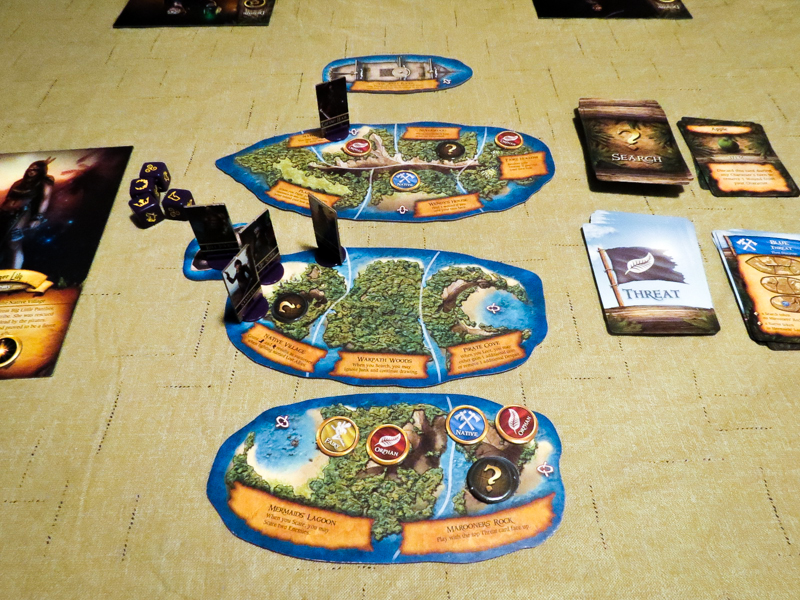 You’ll be trying to capture all of the hostages in Neverland. You’ll be moving around Neverland both on foot and by using a rowboat to get to each part of the island. Your job is to find the hostages, get them in the rowboat, and take them to the Jolly Roger.

Most of the actions are the same as when you’re playing as the Lost Allies. One big difference is when fighting since you need to be in an adjacent space to the enemies when fighting as a pirate. This why you’ll also have the Scare action at your disposal, which allows you to move an enemy to an adjacent location.

The Loot action is also introduced in this game mode. Looting allows you to get two coins and use them later on to remove Despair tokens or rescue your fellow pirates.

Movement’s a bit tougher in this mode. To move from one part of the island to the other, you’ll need to call the rowboat over to you and then use another action to get to one of the other shore locations.

Your goal when playing as the pirates is to move all of the hostages to the Jolly Roger and defeat Peter Pan. You’ll lose if you run out of cards in the search deck, a hostage is rescued, all characters have fallen, or you have to place a third Named Enemy. 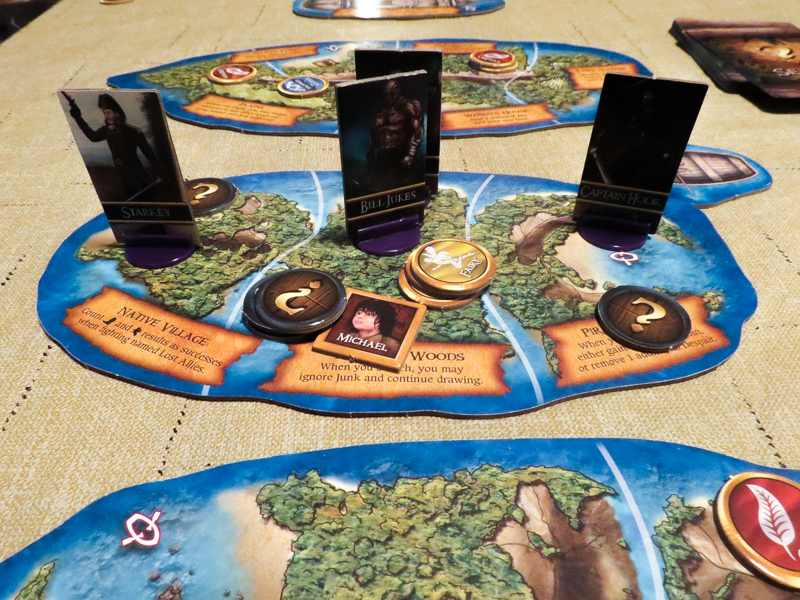 Check out Neverland’s Legacy at Amazon

Albion’s Legacy is the most unique game in this series, but I think Neverland’s Legacy will be hitting the table more often. It’s very easy to figure out the basics of the game, making it the best family game in this series. It’s also our favorite theme implementation of the three Legacy games.

If you’re interested in getting a Peter Pan board game, Neverland’s Legacy is definitely a game you’ll want to check out. It’s a solid co-op tabletop game at every player count and it’s very challenging without being frustrating. Everyone in my group is a fan of this one.

Thanks for taking the time to read our Neverland’s Legacy review! To stay updated on all things cooperative board games, follow us on Twitter, Facebook, or via RSS.