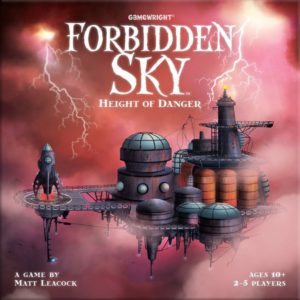 This Forbidden Sky review was made after playing the game six times. We were sent a copy of this game by the publisher in exchange for an honest review.

What is Forbidden Sky?

Forbidden Sky is a cooperative tile placement board game from Matt Leacock and Gamewright in which you’re attempting to wire components into a circuit so you can launch a rocket all while dealing with a crazy storm. This is the third game in Matt Leacock’s Forbidden series after Forbidden Island and Forbidden Desert. 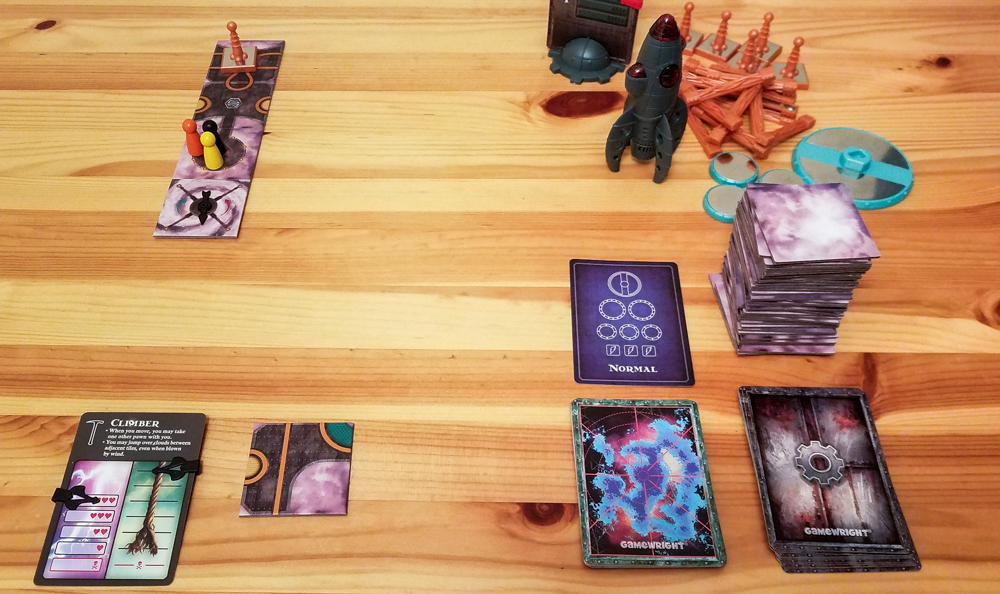 To begin a game of Forbidden Sky, everyone gets an adventurer card that show their unique abilities, a matching adventurer pawn that goes on the starting space, and a starting tile. Everyone will place two clips on their adventurer cards; one for tracking health and one for tracking rope wear. You’ll choose a difficulty level by picking a Blueprint card, which will tell you the minimum amount of components that need to be on the platform and connected in a circuit before you can take off in the rocket.

You can take four actions on your turn. The four types of actions you can take are:

At the end of each turn, you’ll draw Storm cards equal to the current level on the Storm Meter. If you draw a Lightning Strikes card, lightning hits all of the lightning rods on the board and anyone on one of those tiles or on a tile that has a wire connected to a rod gets struck. High Winds cards push the adventurers in the direction that the compass is pointing, which forces you to use your rope if you’re pushed off of the platform. There are also cards that raise the storm intensity and change the direction of the wind.

You’ll win the game if you’re able to wire all of the required components into a circuit and everyone is able to make it to one of the four launch pad tiles. You’ll lose if you run out of health or rope, the Storm Meter reaches the crossbones symbol, or if the rocket launches before all of the adventurers are able to reach the launch pad. 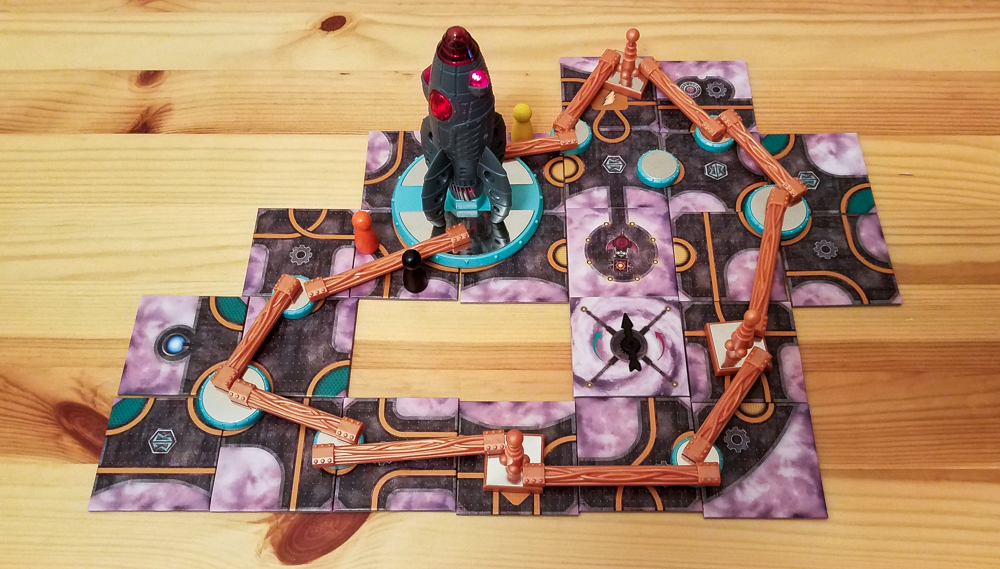 Forbidden Sky is a solid addition to Matt Leacock’s Forbidden series of games. The feel of the game is similar to the other two, but it also has enough differences to make it stand on its own. I’m not a big fan of the overall look of Forbidden Sky, but I definitely do like the way it plays. It’s easy to imagine you’re on this platform frantically trying to wire all of these components together.

If you’ve already played and enjoyed Forbidden Island and Forbidden Desert, chances are you will also like Forbidden Sky. If you’re new to the series, I’d recommend the other two over this one, though it really comes down to which theme interests you the most. In my opinion, Island is the best gateway game of the three, Desert is the best “gamer’s game,” and Sky has the most satisfying ending (when you win).

Thanks for taking the time to read our Forbidden Sky review! To stay updated on all things cooperative board games, follow us on Twitter, Facebook, or via RSS.