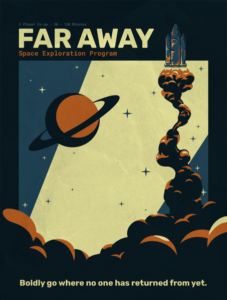 This Far Away review was made after playing through five missions. We were sent a copy of this game by the publisher in exchange for an honest review.

What is Far Away?

Far Away is a two-player, limited communication, space exploration game in which you go on missions for a shady corporation to discover and map out new planets on a small budget. The game was designed by Alexander Jerabek and is published by Cherry Picked Games. 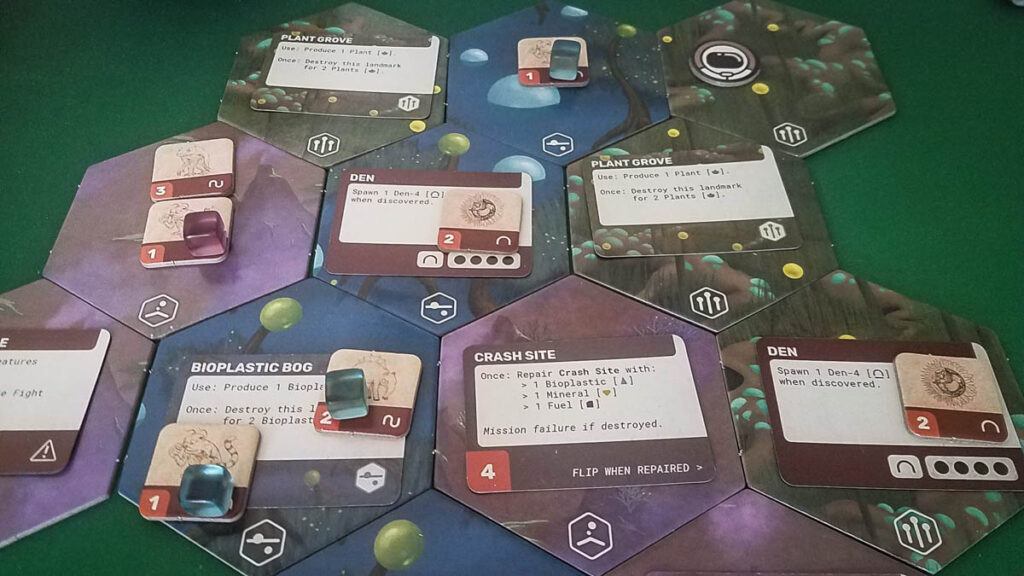 Far Away has eight standalone missions (plus a tutorial mission) that can be played in any order. Each mission has a main objective and some side objectives, and you’ll be revealing new Mission cards each time you complete an objective.

In most missions you’ll be trying to build special buildings, repair your ship, and get off the planet you’re on. The problem is that each planet has a bunch of strange creatures that can slow you down in different ways and you have a limited amount of resources to work with. You and your partner play as explorers who have to complete those objectives, which is made even tougher because you can’t communicate unless you’re in the same location because your company couldn’t afford radios.

Each round you take turns taking actions until you’ve both taken three actions. You’ll explore the planet so you can find resources, which can then be used to build buildings and move around quicker, among other things. You’ll also sometimes have to fight creatures that are in your way, which is done by simply lowering their health by one per action until they’re out of health (and then a meat cube is put on the board). You can also build gear and find artifacts that will give you some unique abilities. After you’ve taken all of your actions, you’ll activate your drones if you have any and then the creatures will activate. 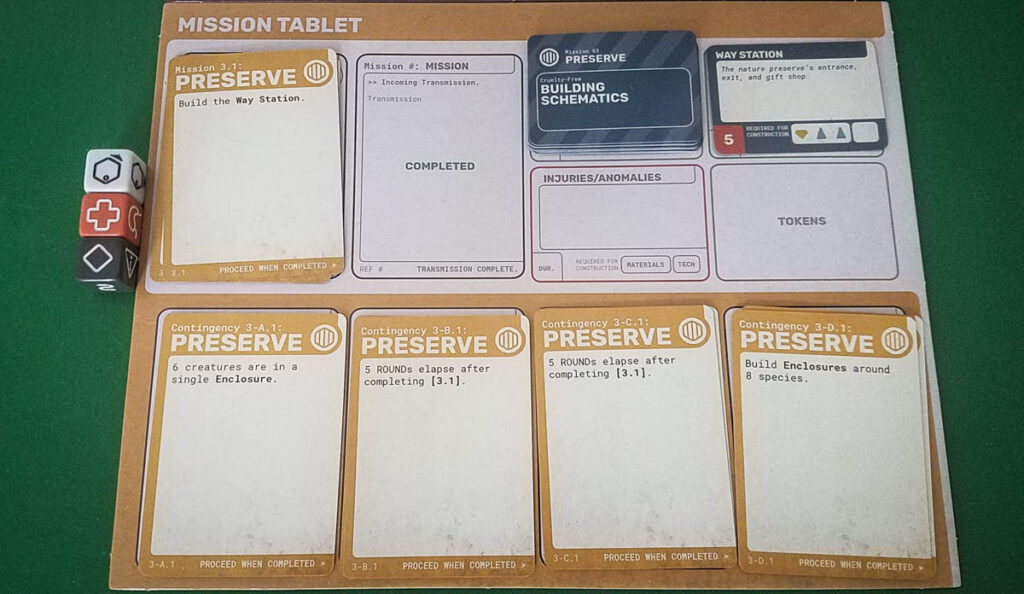 Each creature can move one hex and take one other action each round. The actions they can take depends on their attributes and special actions, but it is up to you to role-play them a bit and make their decisions for them. There’s a table in the rulebook to help you figure out which actions to take based on their behavior, but in the end it’s up to you to decide what to do with them. The creatures usually interact with each other and the environment, but they’ll also fight the explorers if it makes sense for them to do so. When a creature attempts to fight you, you’ll roll a die and see what happens. You can get Injury cards, which penalize you in different ways, but you can also get lucky and domesticate a creature, which allows you to control it during its turn.

Your goal is to complete the objectives before starving, becoming too lonely, getting two injuries, or allowing creatures to destroy your ship. Sometimes you’ll have to complete the objectives in a certain number of rounds. After each successful mission you’ll get some Mission Bonuses (sometimes permanent benefits) based on how well you did and you’ll also get some money to buy temporary benefits.

For more info on how the game plays, check out the Far Away rulebook (PDF). 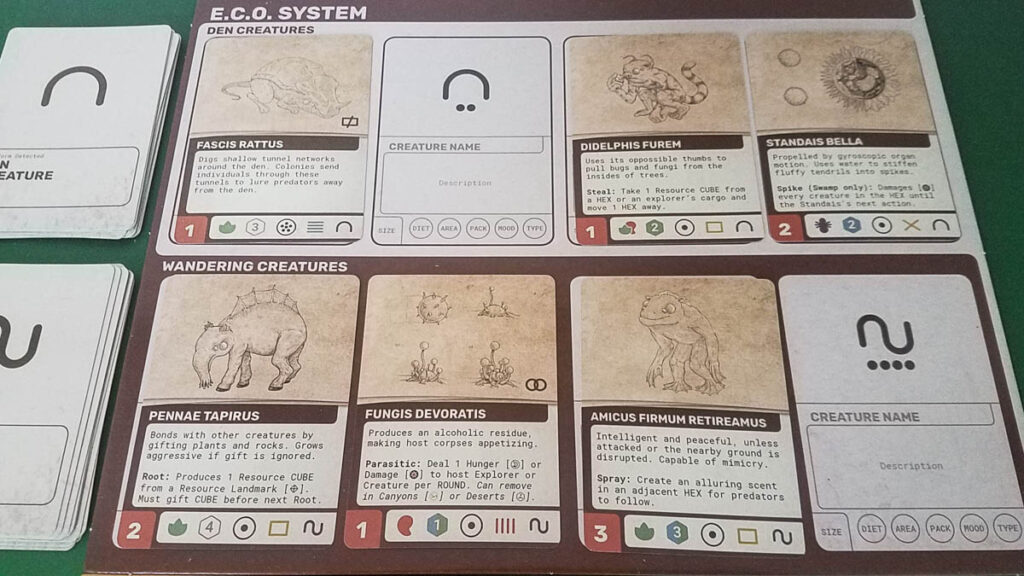 Far Away is a genuinely unique co-op experience, which is kind of rare these days. There are a lot of other space exploration games and plenty of mission-based games, but Far Away definitely has its own feel. It’s not going to be for everyone, though.

I think the creature activation is going to make or break the game for most people. Plenty will love it – especially RPG fans – while others will be wishing for more straightforward creature rules. I am in that latter group, but I still enjoyed my five plays of it.

I’m a big fan of the unique (and thematic) communication restrictions and it’s great that there are a ton of completely different creatures that can show up, but I just think I’d like it a lot more if it had a simplified AI system for the creatures and a bit more tension. I do want to see if having a third person controlling the creatures (this is an option in the rulebook) makes the game play a little smoother, though.

Even though Far Away isn’t my type of game, I still think it’s a well-designed co-op that could actually be a huge hit with some groups. I’m looking forward to seeing what this designer comes up with next.

Thanks for taking the time to read our Far Away review! To stay updated on all things cooperative board games, follow us on Twitter, Facebook, or via RSS.