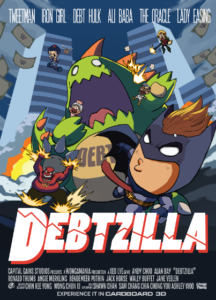 This Debtzilla review was made after playing the game five times. We were sent a copy of this game by the publisher in exchange for an honest review.

Debtzilla is a cooperative deck building and dice rolling game in which you play as heroes who are attempting to prevent villains from scamming the citizens in your city. The game was designed by Xeo Lye and is published by Capital Gains Studio. 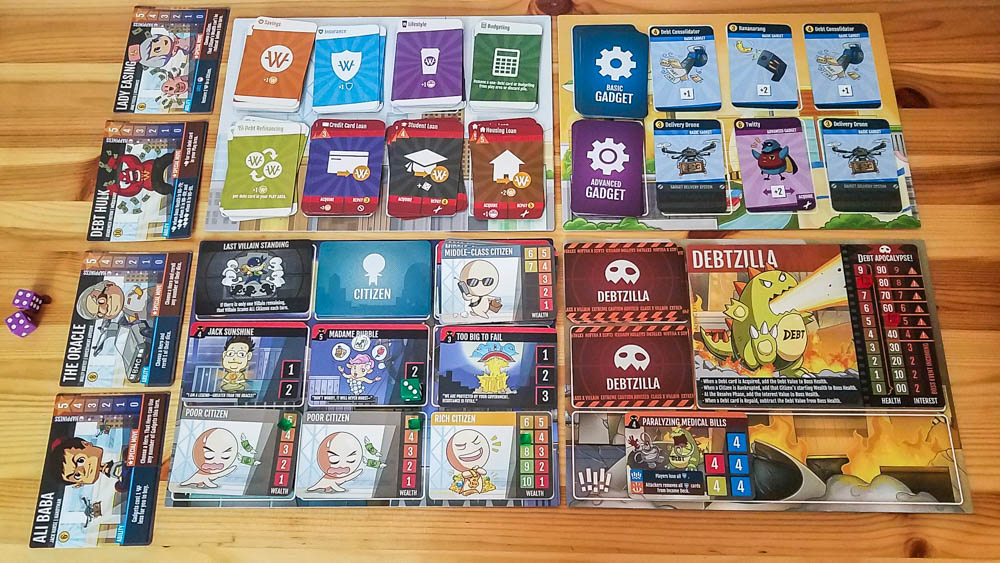 In Debtzilla, you get to play as heroes who are attempting to keep villains from bankrupting the city’s citizens. Each hero uses gadgets and their unique special abilities to defeat the villains and, hopefully, take down the boss.

Until you make it to the final boss, there are four phases in each round:

If you defeat all of the villains, you’ll take on the boss. This is played pretty much the exact same way as the Vigilante Phase, but instead of villains you’ll be facing the boss’ event cards. Those cards have weak spots just like the villains, but they also have abilities that make them tougher to deal with.

You’ll win the game if you’re able to defeat the boss. You’ll lose if all of the citizens are bankrupted (defeated) or if the boss’ health ever exceeds 99.

That’s just a basic overview. Take a look at the Debtzilla rulebook (PDF) for more info on how the game plays. 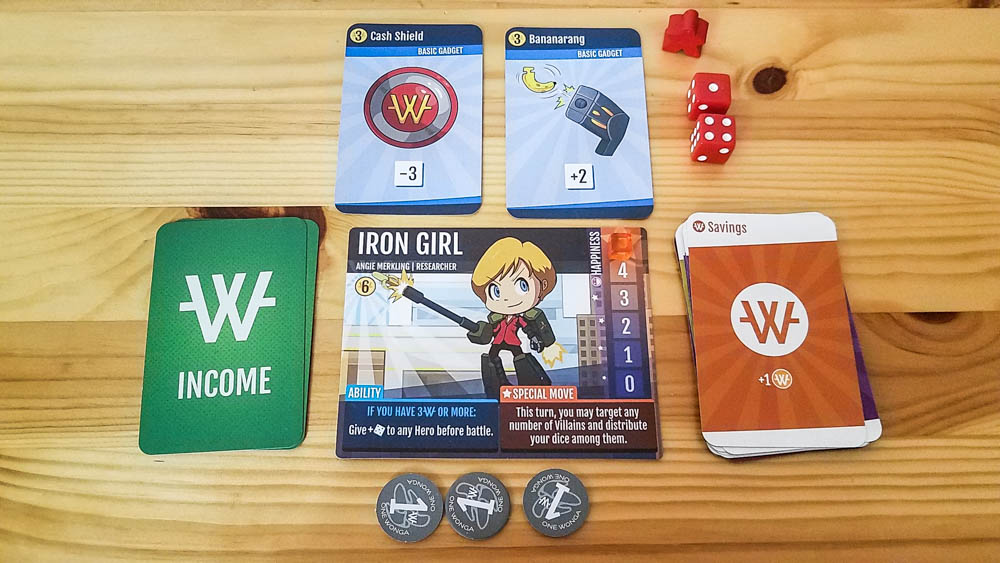 Check out more of our deck building game reviews!

Debtzilla did exceed my expectations, but I just wanted it to have a bit more tension or a more interesting puzzle to solve. I personally wouldn’t play it over games like One Deck Dungeon and Batman: The Animated Series that use similar dice placement mechanics, but I can see some people really enjoying Debtzilla if they prefer light and relaxing dice games.

I have to give the designer a lot of credit for this unique and humorous economic twist on the superhero theme because it really does work. It’s just not a game for me and it doesn’t rank up there with what I consider the best deck building games.

Thanks for taking the time to read our Debtzilla review! To stay updated on all things cooperative board games, follow us on Twitter, Facebook, or via RSS.