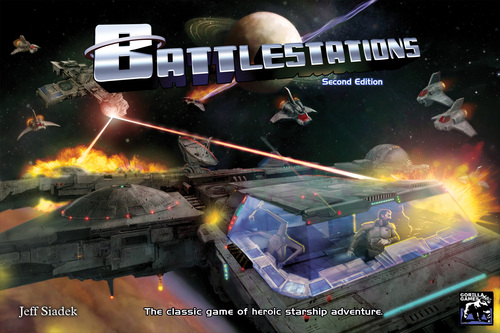 This Battlestations: Second Edition review was made after playing the game nine times.

What is Battlestations: Second Edition?

Battlestations: Second Edition is a space simulator board game in which you have full control over your ship and get to go on missions with your crewmates. It was designed by Jeff Siadek and is published by Gorilla Games.

I should start this review out by saying that Battlestations is not fully cooperative. One player will be playing as the “enemy” (basically a gamemaster) and the rest of the players will work cooperatively to take down the enemies. The enemy player does a lot more than just attack the heroes, though. They are there to set the scene and to guide the players, while at the same time giving them a good challenge. 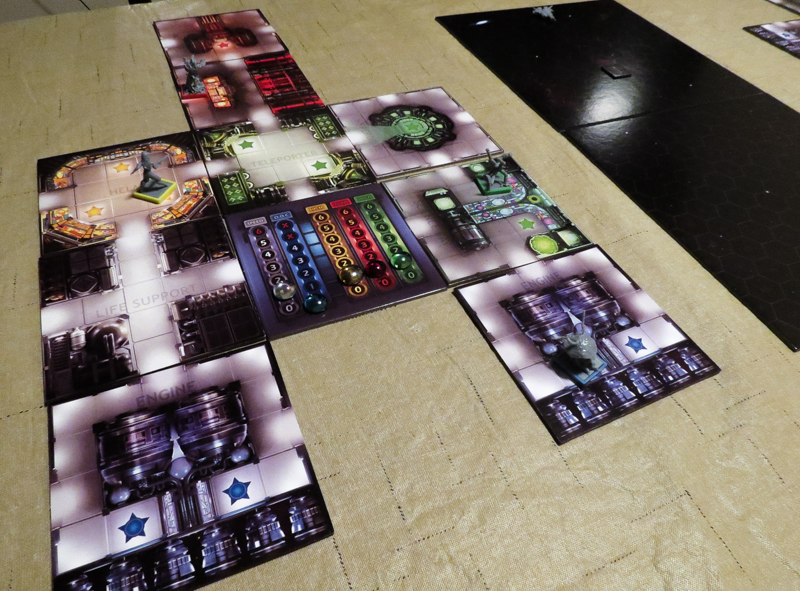 I’m just going to do a basic overview of how Battlestations plays rather than giving you all of the rules (that would take FOREVER!). Hopefully this will give you a good feel for what you can expect when you go into your first game.

There is an eight-mission campaign in the rulebook, but each mission is replayable since you can use different characters and adjust the difficulty based on your rank. To start a game of Battlestations you simply choose a mission, set up the ships and the starmap boards that you need, and get going!

Battlestations is played over a series of rounds, with six phases in each round. During each phase, ships will move on the starmap, missiles will move toward their targets, heroes will take actions, enemies take actions, and then the phase ends.

Every character in the game has a unique mix of skills, attributes, equipment, and abilities. The species of a character determines what attributes they have, while their profession will tell you what their best skill is. There are a bunch of pre-made characters that you can choose from, and later on you can very easily build your own. 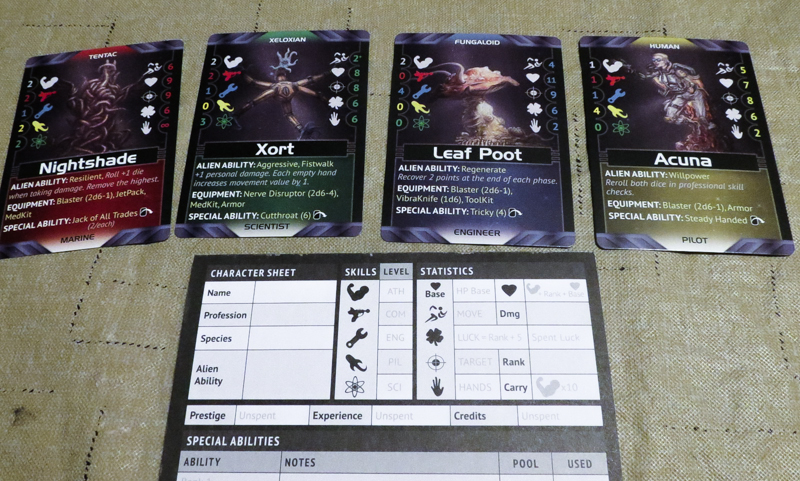 The ships are made up of a number of different modules. These modules include the Engine, the Helm, Life Support, the Science Bay, the Cannon, and quite a few others. Many of these modules have battlestations (squares with stars), which give players control over their ships.

During the Character Actions phase, the heroes will move around and can choose to take one other action (you can also choose to move twice). Some of the actions you can take on your turn include flying the ship, shooting enemies aboard your ship, firing at other ships with the cannons or missiles, communicating with other ships, teleporting, and pumping power into other parts of the ship.

Pretty much all of the actions you take are going to require you to roll dice. When performing a skill check, you’ll roll two dice against a difficulty number, adding your skill number for that particular action to your roll. If you’re attacking, you’ll roll more dice after a successful skill check to see how much damage you inflicted.

In most cases you are going to want to go to a battlestation where you can use your primary skills. For example, if you’re a pilot, then you’ll want to get to a battlestation in the Helm to fly the ship. You’ll get a free reroll every time you perform a skill check of your profession’s skill.

After the heroes take their turns, the enemies get to fight back. In most cases the enemy player takes actions for all of his or her characters in the exact same way the hero players do. The enemy player will see in the rulebook what the characters’ stats are and if there are any special rules they need to follow.

What’s interesting about this game is that a lot can happen outside of the hero and enemy turns. Missiles can hit ships, characters can use saved actions to react to different events, and ships can even crash. A lot of this action is seen on the starmaps rather than on the ships themselves.

The players will win the mission if they complete their objective, and they can even try to go for an Overwhelming Success. Players will get Experience and Prestige at the end of missions based on how they performed. Anyone who died during the mission will come back as a clone, which means they miss out on the Experience but they gain a bit more Prestige. You can use your Experience and Prestige points to level up your characters, giving you better special abilities, more luck, and more hit points. 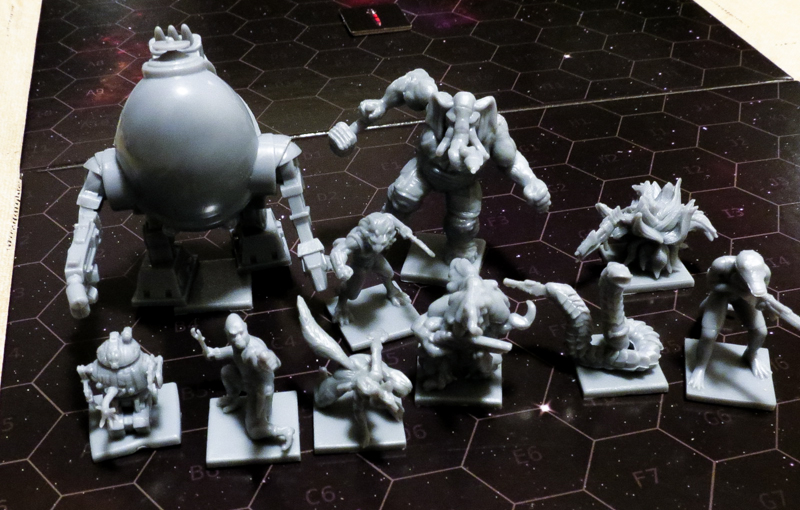 None of the people I introduced Battlestations: Second Edition to had any experience with role-playing games, but they all got into this one. We’ve played through a bunch of missions and now they all want me to create one of my own (not sure if I have the skills). It was an easy game to get into, there’s plenty of variety to the missions, and it’s just amazing how much you can do on these ships!

If you like role-playing games and the space theme, this is a no-brainer. Even if you’ve never played an RPG, I recommend checking this one out if the theme interests you.

I don’t think the Advanced Rulebook is 100% necessary to enjoy what’s in the box, but it really does take the game to another level. It has a full explanation for absolutely everything you can do with this system, and there are a ton of new missions to go on. If you do enjoy the game, definitely check out the book.

Thanks for taking the time to read our Battlestations: Second Edition review! To stay updated on all things cooperative board games, follow us on Twitter, Facebook, or via RSS.