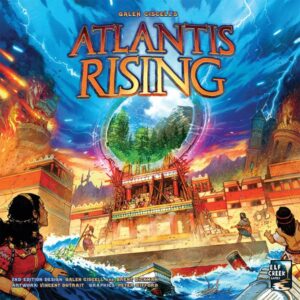 This Atlantis Rising (Second Edition) review was made after playing the game eight times. We were sent a copy of this game by the publisher in exchange for an honest review.

What is Atlantis Rising?

Atlantis Rising (Second Edition) is a cooperative worker placement game in which you’re attempting to gather resources and build a cosmic gate so that you and your people get off of Atlantis before it floods. This second edition of the game was designed by Galen Ciscell and Brent Dickman, and it is published by Elf Creek Games. 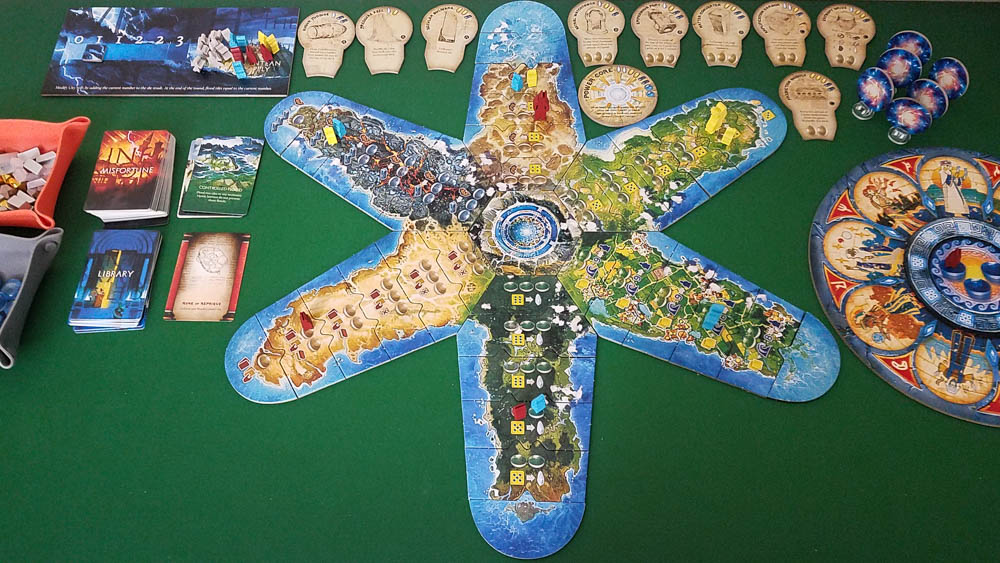 In Atlantis Rising, you spend each round attempting to pick up the resources that you need so that you can build the Cosmic Gate components and escape before the island sinks. Each player is a unique Councilor who sends their leader and followers out to different parts of the island to gather resources and accomplish other tasks.

The island has a center tile and six peninsulas, and each peninsula is made up of six tiles. The farther a tile is from the center of the island, the easier it is to get resources (lower dice requirements, etc.). However, the outside tiles flood first, so you risk losing actions when you send your followers farther away. 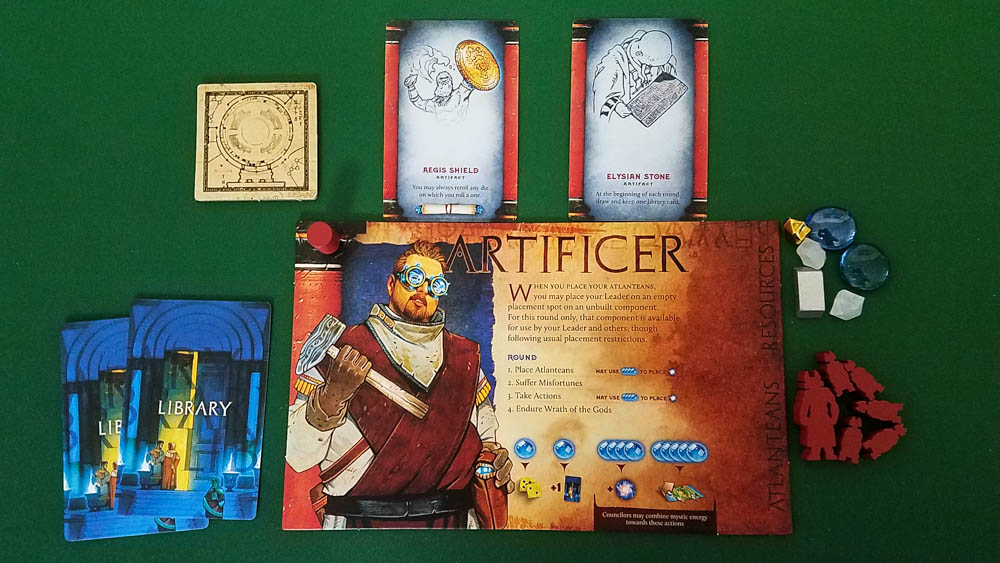 Each round has four phases: 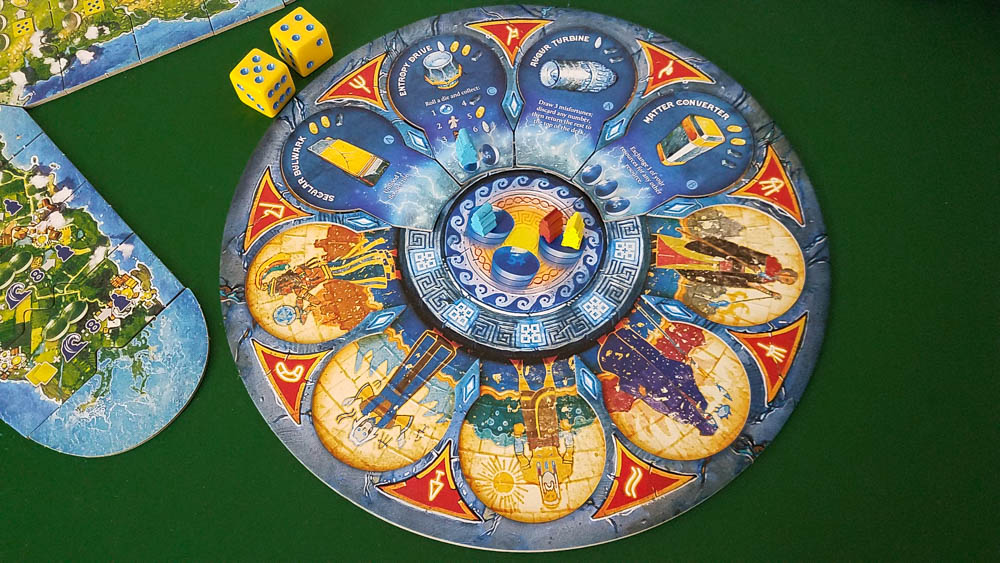 Mystic energy is a very important part of this game. It’s mostly used to modify dice results, but you can also use it to keep additional cards when you go to the Libraries peninsula, to buy Mystic Barriers (these block floods), and to unflood tiles.

You’ll win if you’re able to build all of the components for the Cosmic Gate, including the final Power Core component. You’ll lose if the flood ever reaches the island’s center tile. 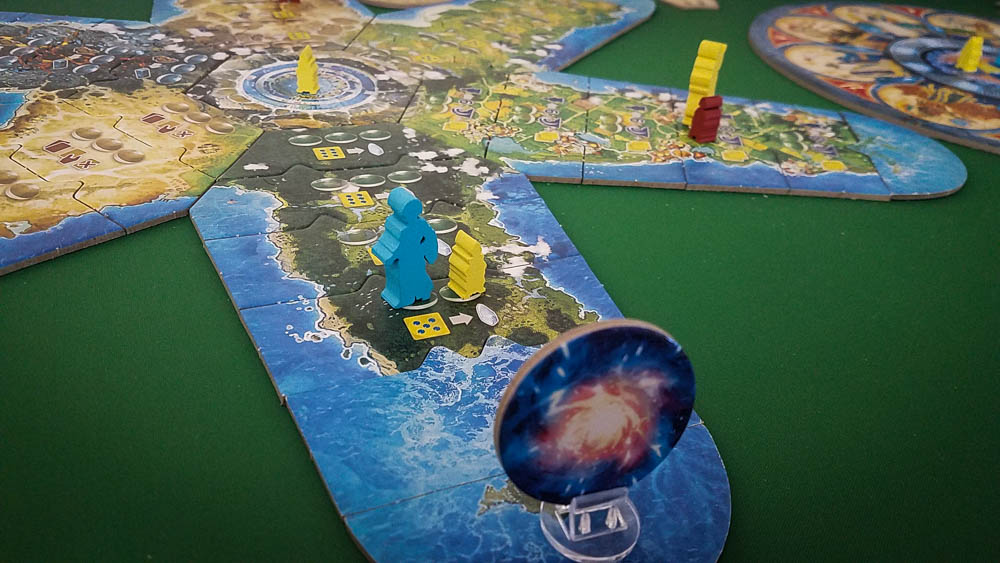 Atlantis Rising (Second Edition) is one of my favorite co-ops of the last three years and one of the best light-medium/family-weight cooperative games that I have ever played. I’m a big fan of Stone Age and Forbidden Island, and this is like the perfect blend of those two games. It has the straightforward-yet-satisfying worker placement mechanic, and that rising tension as the island sinks does the job of keeping everyone engaged. I never had a chance to play the first edition of Atlantis Rising, but it seems like all of the changes that they made here were for the better.

Atlantis Rising works for so many crowds. If you’re a fan of worker placement games and you also happen to like co-ops, get this game. If you’re looking for the next step up from Pandemic and other games of that weight, check this one out. I’d also highly recommend Atlantis Rising to anyone looking to find a co-op that plays well at both low and high player counts since this game scales better than most.

Update: Atlantis Rising is now high up on the Top 40 Cooperative Board Games list!

Thanks for taking the time to read our Atlantis Rising (Second Edition) review! To stay updated on all things cooperative board games, follow us on Twitter, Facebook, or via RSS.