Skip to content
Co-op Board GamesNewsCooperative Board Games on Kickstarter – October 8, 2020

This month we’re taking a look at six cooperative board games that are currently on Kickstarter. If you’re interested in any of these games, head on over to their Kickstarter or BGG pages for more info (links included below). 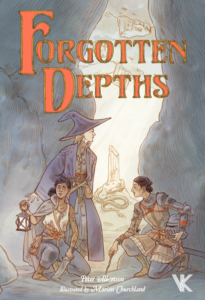 Forgotten Depths’ art alone makes me want to check this game out. Plus, light and quick dungeon crawls seem to go over well with my group most of the time, so I have a feeling that this one will end up being a keeper.

Set a Watch: Swords of the Coin 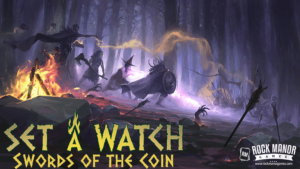 Set a Watch: Swords of the Coin is a 60-90 minute, cooperative adventure puzzle game for 1-4 players. Swords of the Coin is a stand-alone expansion featuring the same critically-acclaimed gameplay along with some new twists centered around collecting coin and buying items from the merchant.  The expansion is fully compatible with the original game; creatures, locations and characters can all be mixed and matched together with the original Set a Watch.

My group has really enjoyed playing the original Set a Watch, and more content should just make it better. It looks like Swords of the Coin will add in some cool new stuff without making the game more complex, which is great! 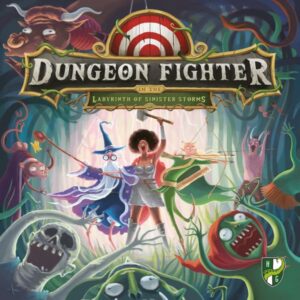 Dungeon Fighter is a cooperative dexterity game for 1-6 players where you throw dice at a target in whimsical ways to defeat monsters in a deadly dungeon! This 2020 edition is a reboot that takes the hilarious dice-throwing action of the original Dungeon Fighter and brings it to a whole new level with multiple standalone boxes, more modern rules, and both new and revised contents!

Dungeon Fighter is a fantastic dexterity game – it’s right outside of our Top 40 right now – so I can’t wait to check out this new edition. 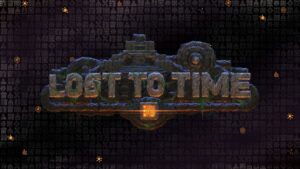 Lost To Time is a real-time co-operative board game in which players must collect 4 keys to unlock the door leading to the unimaginable treasure. It is played in 10 real-time minutes with the possibility of gaining additional time as you play by rolling a set of dice and taking actions simultaneously. Players will use these actions to create a network of paths leading to all corners of the gameboard and travel on them to collect 4 Golden Keys. But, watch out! There are deadly traps along the way. If that wasn’t enough, the ceiling is collapsing and giant blocks of stone are coming down to crush you.

I’m always on the lookout for new real-time cooperative games, and Lost To Time looks like it’s going to be a fun and unique one. Those dice look really cool. 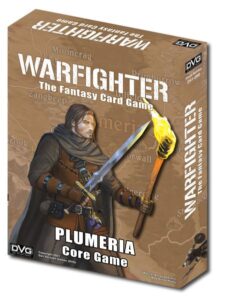 Warfighter Fantasy is a card game for 1 to 6 players. You play cooperatively with your friends against the system to adventure through dungeons, slay evil monsters, and gain gold and glory!

Warfighter Fantasy is a stand-alone Warfighter boxed game! The game includes all the Heroes, Weapons, Equipment, Dungeons, Locations, Objectives, and Hostiles you need to fully explore the Nation of Plumeria.

I’m a big fan of Warfighter WWII, so Warfighter Fantasy is an auto-buy for me. I don’t know if I’ll ever mix WWII with the Fantasy content, but I think it’s pretty awesome that we can if we want to.

Frostpunk: The Board Game 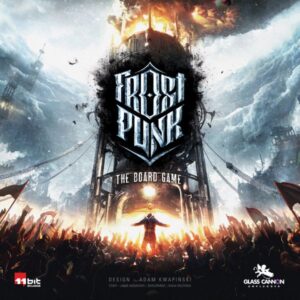 In Frostpunk: The Board Game, up to four players will take on the role of leaders of a small colony of survivors in a post-apocalyptic world that was hit by a severe ice age. Their duty is to effectively manage both its infrastructure and citizens. The core gameplay will be brutal, challenging, and complex, but easy to learn. The citizens won’t just be speechless pieces on the board. Society members will issue demands and react accordingly to the current mood, so every decision and action bears consequences.

I haven’t had a chance to play the Frostpunk video game yet, but I’ve only heard great things about it. Considering this board game version is made by the same designer who created the smash hit Nemesis, I’m not surprised it’s making so much money on Kickstarter. I have a feeling that Frostpunk: The Board Game will end up being one of the top-rated games of 2021.

Attack on Titan: Deck-Building Game Review
This War of Mine: The Board Game Review
A Touch of Evil Review
Sherwood's Legacy Review
0 Comments
Inline Feedbacks
View all comments
Follow us: