Skip to content
Co-op Board GamesReviewsXCOM: The Board Game Review 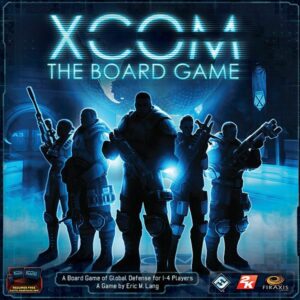 This XCOM: The Board Game review was made after playing the game six times.

What is XCOM: The Board Game?

Based on the highly successful video game series, XCOM: The Board Game is a real-time science fiction game in which players attempt to fight off invading UFOs in order to save the planet. Governments around the world are depending on you and your teammates to use your unique abilities to get the job done, but, trust me, it is not easy.

XCOM: The Board Game was designed by Eric Lang (Blood Rage, Arcadia Quest) and is published by Fantasy Flight Games.

XCOM: The Board Game Gameplay 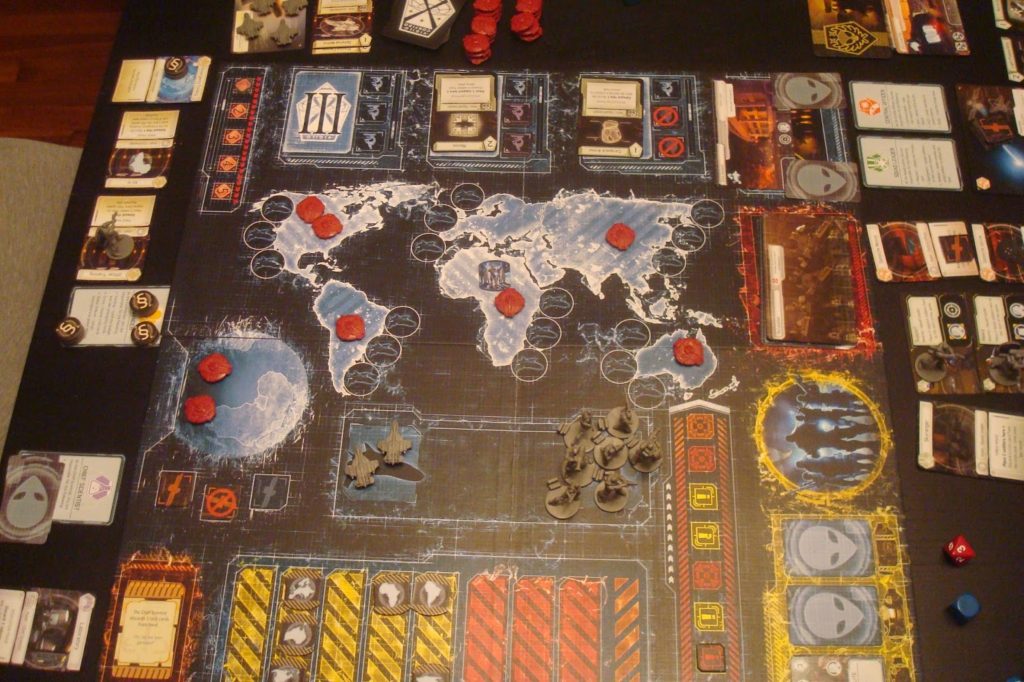 In XCOM: The Board Game, things start off with players choosing between four different roles: the chief scientist, the commander, the central officer, or the squad leader. Each role has a very specific set of actions and abilities, so each player is going to be focused on their own jobs throughout the game. The chief scientist will use the XCOM app to let everyone know what their tasks are and how much time they have to complete them.

The game is divided into multiple rounds and two main phases: the timed phase and the resolution phase.

During the timed phase, each player is given 10 to 20 seconds to carry out their tasks. These tasks include handling the budget, drawing cards, and putting soldiers and alien spacecraft on the board. The key to the timed phase is making the right decisions for your team in a limited time frame.

The resolution phase has players roll dice to see if their efforts during the timed phase were enough to hold back the bad guys. There is a lot of luck and risk taking during this phase.

If two continents ever finish a round at the highest panic level, the players lose. In addition to that, if the invading aliens destroy the base, the players lose. Players need to complete the main mission’s objective to win the game.

That is a very rough overview of how the game plays. For more info, check out the official XCOM: The Board Game rulebook (PDF).

XCOM: The Board Game is worth checking out for the unique real-time experience alone. Yes, the game is extremely difficult, but that makes winning so satisfying! It is a good choice for anyone who loves science fiction, and just about anyone who regularly plays games with three other people should at least give this game a chance. Just don’t go into it thinking that the XCOM tabletop game will have the same feel as the XCOM video games.

XCOM: The Board Game Links

Thanks for taking the time to read our XCOM: The Board Game review! To stay updated on all things cooperative board games, follow us on Twitter, Facebook, or via RSS.