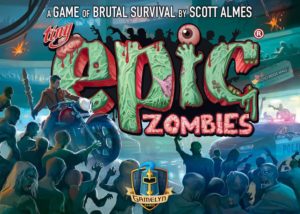 This Tiny Epic Zombies review was made after playing the game six times.

What is Tiny Epic Zombies?

Tiny Epic Zombies is a horror game with multiple game modes in which humans are attempting to complete objectives while also trying to keep a horde of zombies under control. The game was designed by Scott Almes and is published by Gamelyn Games. 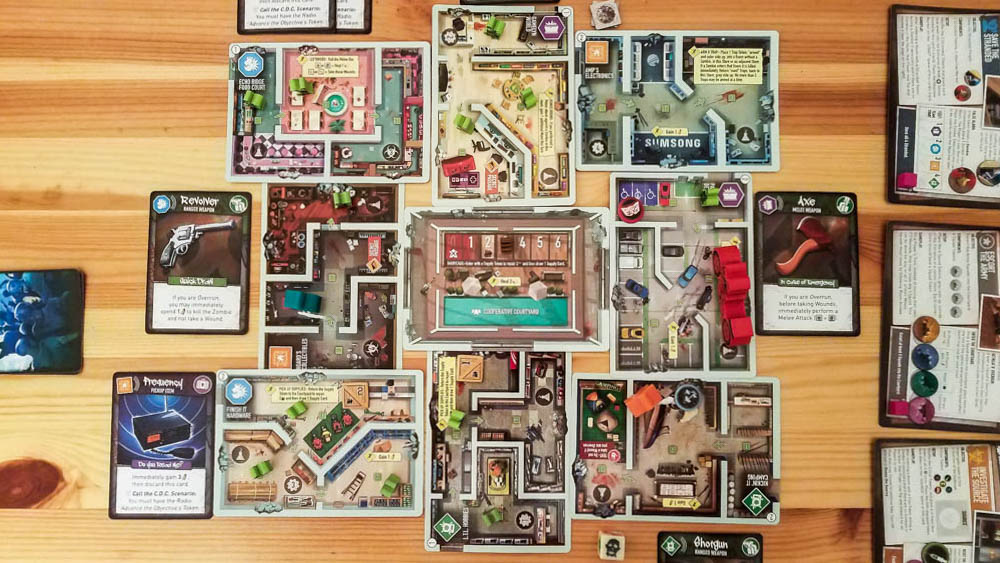 In the cooperative and solo modes, the human players are simply attempting to complete three objectives before they run out of time and before the zombies kill too many people.

In the competitive modes, the human players are still trying to keep the zombies from killing too many people, but each player is racing to complete the three objectives before everyone else.

In the modes with the zombie player, that player has more control over the zombies and gets access to some unique zombie powers.

Turns are pretty much the same in every game mode. A human player will move three times around the mall, which might include killing zombies, completing objectives, and interacting with the rooms they’re in, and then the zombies will take their turn. 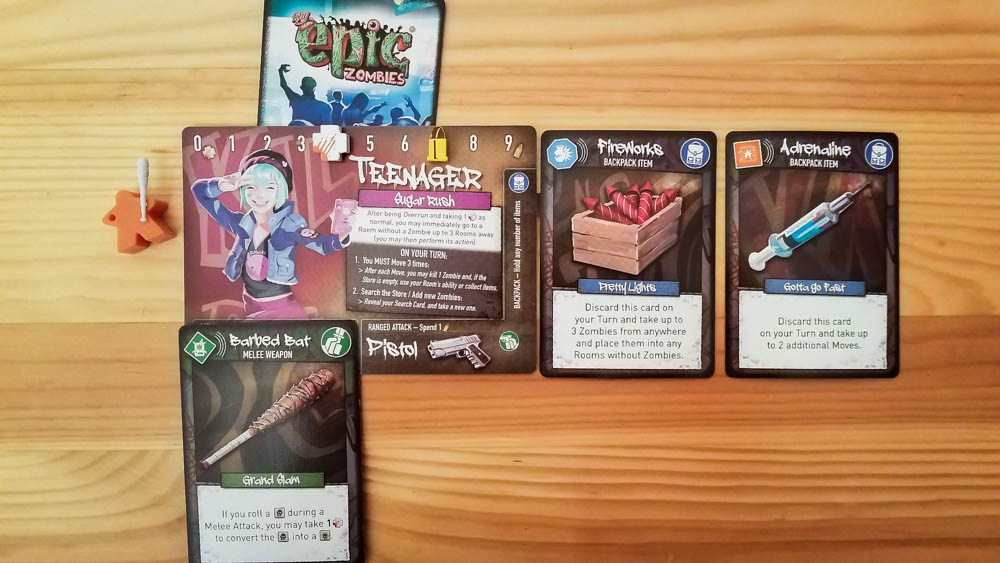 At the end of your turn you’ll search the store you’re in and add that revealed item next to the store. The Search card also determines where the next group of zombies will be added; you “check for noise” by looking at the entrance symbol on the card and add zombies to those rooms. If the symbol matches the symbol of the room you’re currently in, even more zombies will be added.

Once the last Search card has been revealed, each human player will get one last turn. If the humans are able to complete their three objectives at any point during the game, they immediately win. The zombies win if the humans don’t complete their objectives in time or if too many humans die. 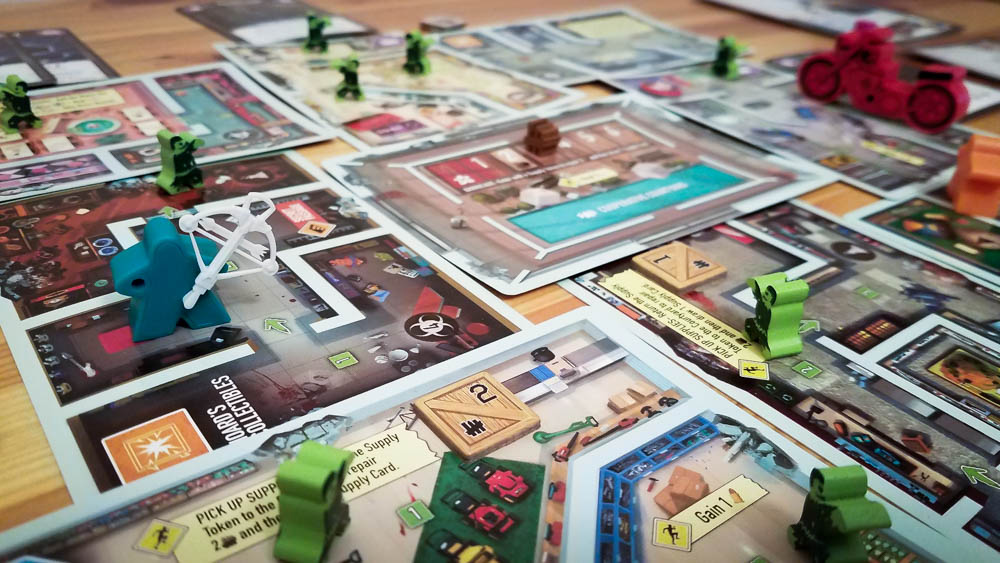 No one in my group is too into the zombie theme, but everyone had a good time playing Tiny Epic Zombies. That tells me that it is going to be a potential hit for groups that are into this theme.

I’ve had a chance to play all of the game modes except for solo and the Zombie Player vs. Humans competitive mode, and each game has been fun. I’m not a huge fan of playing as the zombie player, but that actually ended up being the most intense game that we played.

If you like the zombie theme or you like the idea of owning a portable game with a bunch of different game modes, I highly recommend checking out Tiny Epic Zombies.

Thanks for taking the time to read our Tiny Epic Zombies review! To stay updated on all things cooperative board games, follow us on Twitter, Facebook, or via RSS.