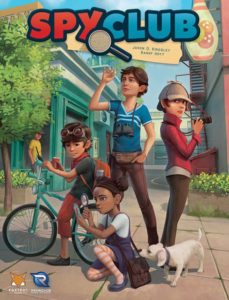 This Spy Club review was made after playing the game 12 times (two standalone games and two campaigns). We were sent a copy of this game by the publisher in exchange for an honest review.

What is Spy Club?

In Spy Club, you and your teammates are young detectives attempting to piece together clues to solve cases. It is a campaign game in which you’re trying to solve five different cases to figure out the answers to a master case, but you can also play a single case.

Spy Club was designed by Randy Hoyt and Jason D. Kingsley, and it is co-published by Foxtrot Games and Renegade Game Studios. 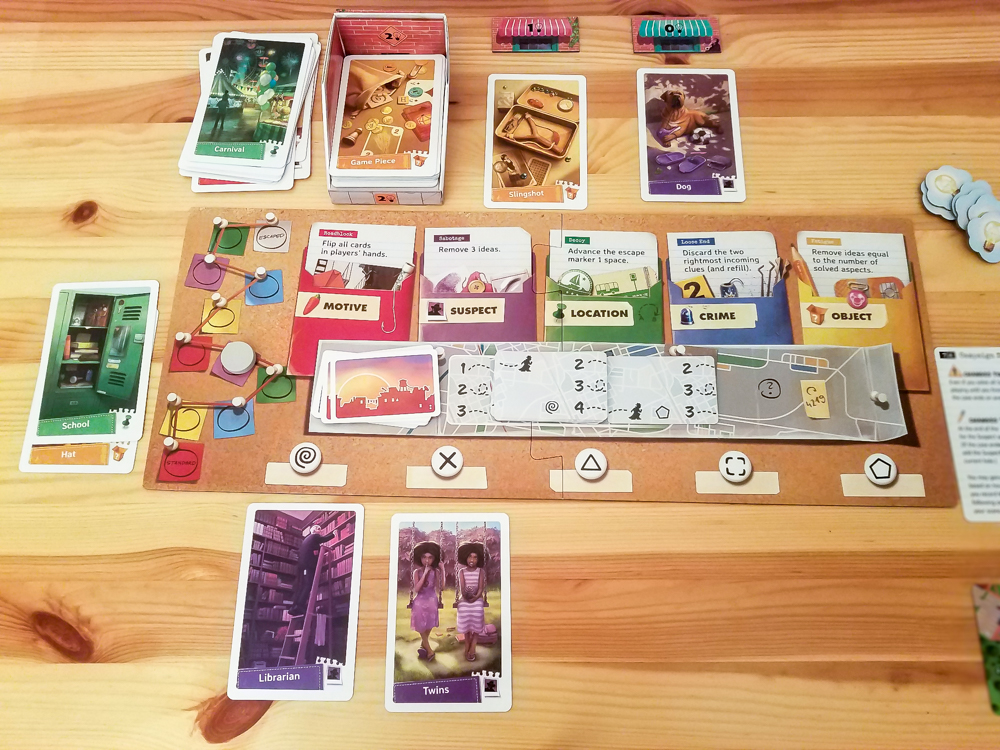 The main components in Spy Club are the 54 clue cards. Each card is double-sided and each side has a name, an image and a color. There are six colors in the game, representing either an aspect of the case—the motive, the suspect, the location, the crime, or the object—or a distraction.

The goal of the standard game is to figure out the five aspects of your case. When your team has moved five clue cards of the same aspect to the central board, you’ve solved that part of the case. If you solve all five of the aspects, you solved the case.

You get three actions per turn, and you can take any of the following actions:

There are also two bonus actions that you can take if you happen to have your focus token on the same aspect type as one or more of your teammates. These are free actions that allow you to trade cards with teammates and receive idea tokens from them. 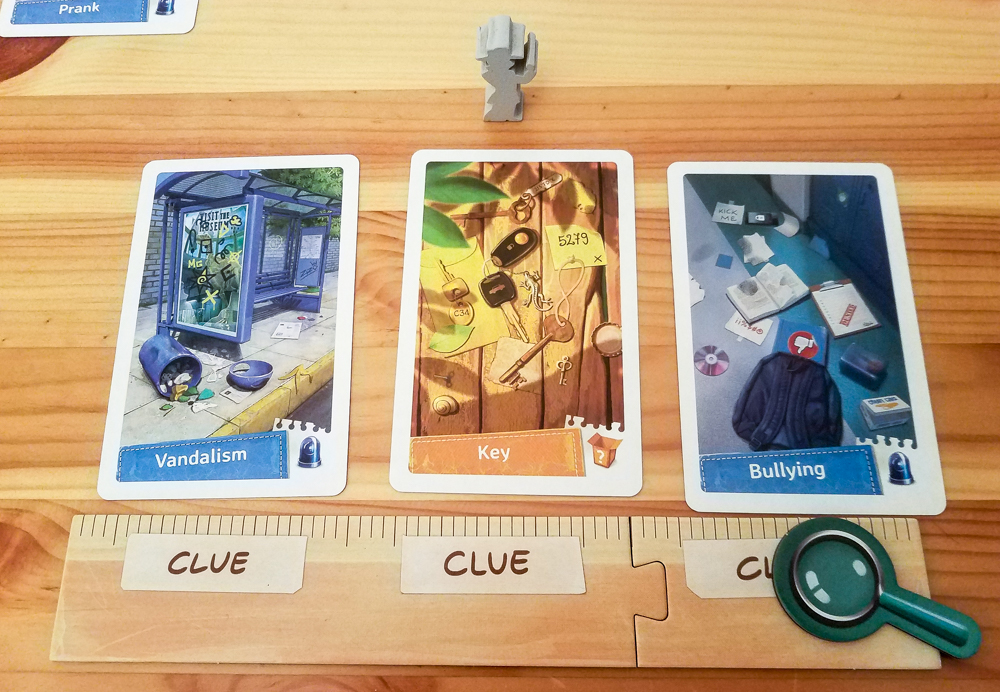 After each turn, you add new cards to any empty slots on your player board and to the Incoming Clues area, and then the suspect moves.

And that’s about it for the standard game. You’ll decide as a team which aspects to go after based on what’s showing on your player boards and in the Incoming Clues area, and then you’ll move cards to the central board as quickly as you can. Some aspects are tougher to solve than others since there are fewer of those cards in the deck. Those events that trigger during the Move the Suspect phase can be devastating, so you want to check the potential spots the suspect could move to and try to avoid the worst ones.

During the campaign, you’ll be playing through five cases and using the campaign deck. After each case, win or lose, you’ll choose one of the aspects you solved and write it down in the Master Case log. When you start your next case, you’ll draw a card from the campaign deck based on the last aspect that you added to the case log and follow any directions written on that card. Some cards only stay active for one case, while others stick around since they have rules you’ll have to follow for the rest of the campaign. You can save your progress after you’ve completed a case or you can move right into the next case. Once you’ve completed your campaign, you can look in the back of the rulebook for your letter grade. After that, you simply put the campaign deck back in the right order and you can start a new one. 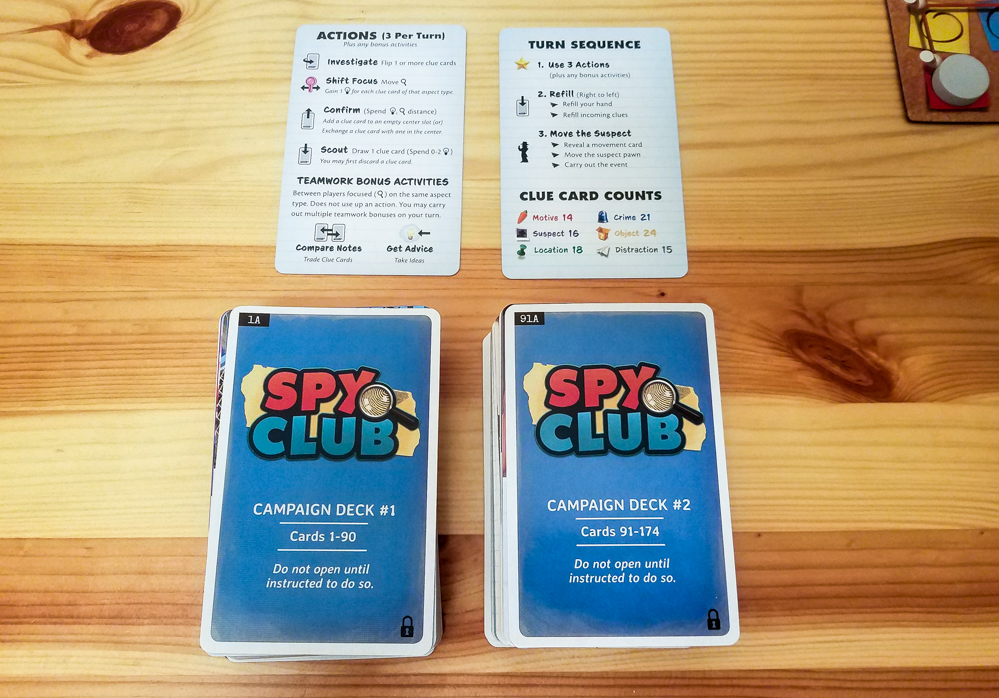 Spy Club is one of the best new games I’ve played this year. To be honest, I thought it was just okay after I played my first standard game, but the campaign adds so much more to it and that’s definitely the way you should play this game. I’ve played through two campaigns so far and everyone in the two groups I played with were more than happy to play all five games in one sitting.

Spy Club is a light, replayable cooperative campaign game that I think most people will enjoy, including families with younger or older kids and adult gaming groups. So much of it feels fresh and new, including the cooperative set collecting, the simple-yet-entertaining storytelling, and… so much more that I can’t talk about because I don’t want to spoil anything.

UPDATE: Spy Club made it onto our Best Cooperative Board Games of 2018 list!

Thanks for taking the time to read our Spy Club review! To stay updated on all things cooperative board games, follow us on Twitter, Facebook, or via RSS.