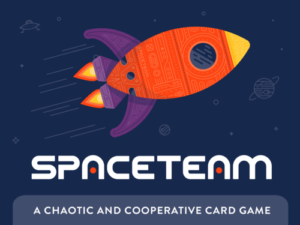 This Spaceteam review was made after playing the game eight times.

Spaceteam is a real-time cooperative card game in which you and your teammates must work together to fix your spaceship. The game was designed by Tim Hutchings, Mathew Sisson and it’s published by Timber & Bolt. 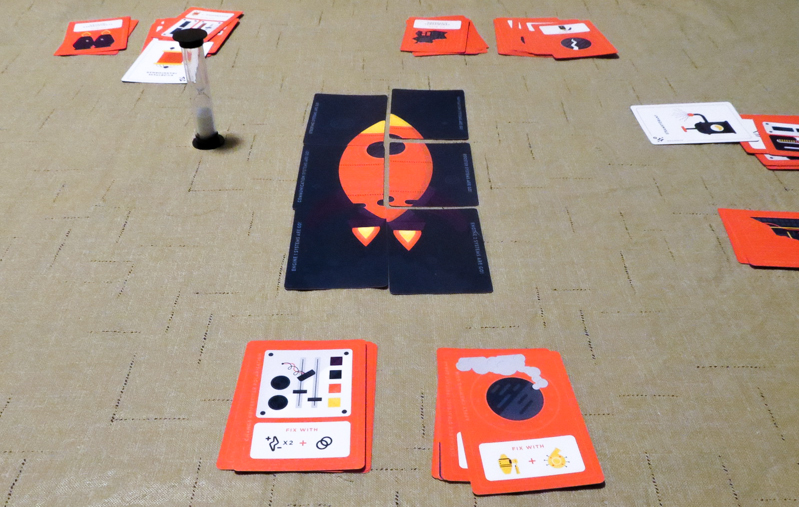 Spaceteam is all about matching icons, images, and names while also listening for instructions from your teammates. If you know that about the game, you can be up and running in a few minutes.

Each Malfunction card will tell you what you will need to fix it. You’ll need those Tool cards, but you might not have them in your hand. You’ll need to scream out to your teammates the names of the cards you need to completely fix those malfunctions. If you do need someone else’s tool, it will need to be passed around the table until someone sitting next to you can give it to you (no passing across the table!). Once you resolve a malfunction, you’ll pick up the tools that were used and move on to the next card.

Anomaly cards will have you or your group perform an action. These actions include switching seats, switching hands, and moving cards from one deck to another, among other things. Once you do what your Anomaly card says, you move on to the next card in the deck.

When you come upon a Systems Go in your deck, you place it in the middle of the table and read aloud the caption on the card. The six Systems Go cards each show you a part of the ship that has been fixed, so when you get all six down onto the table, you win! 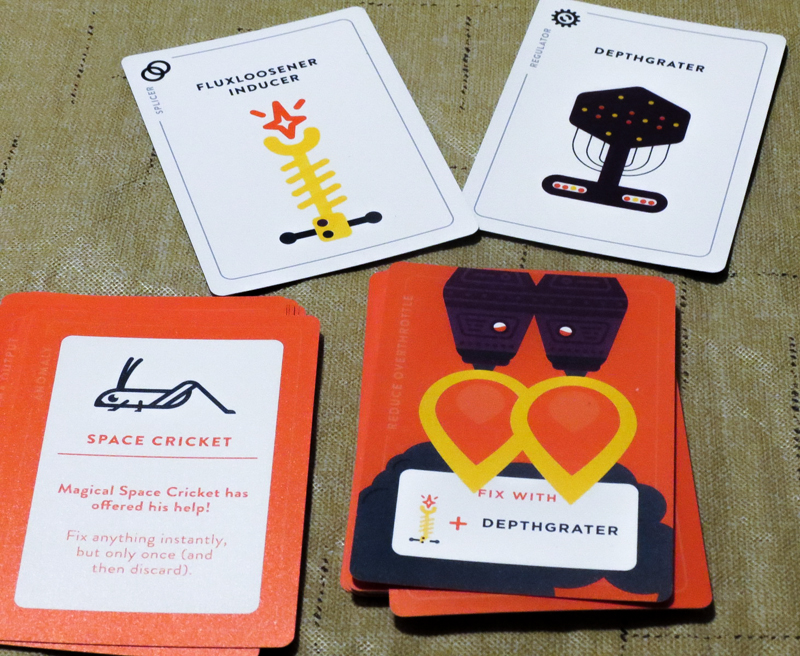 I wouldn’t play Spaceteam over other small real-time cooperative games like 5-Minute Dungeon and FUSE, but some people I’ve played it with have absolutely loved it. They’ve liked that it’s quick, silly, and requires a lot of communication to beat. I’ve enjoyed those things about it, too, but it just seemed to be a bit too easy after a couple of games.

Even though I’m not a huge fan of it, I think Spaceteam would be great for some groups. It could work very well as a game for older kids or for families, or even as a team building exercise for businesses. Plus, some gaming groups, especially those with five or six players, might find it to be a solid five-minute filler game that they can pull out from time to time.

I recommend checking out the free app (links below) to see if it’s a game for your group before you buy the physical copy.

Thanks for taking the time to read our Spaceteam review! To stay updated on all things cooperative board games, follow us on Twitter, Facebook, or via RSS.