Skip to content
Co-op Board GamesReviewsRoll for Adventure Review 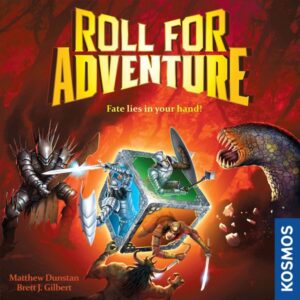 This Roll for Adventure review was made after playing the game about 10 times. We were sent a copy of this game by the publisher in exchange for an honest review.

What is Roll for Adventure?

Roll for Adventure is a fantasy dice game in which you play as heroes who are attempting to collect power stones before the Master of Shadows destroys your kingdom. Your goal is to complete a number of tasks by collectively placing your dice on different areas of the board.

Roll for Adventure was designed by Matthew Dunstan and Brett J. Gilbert, and it’s published by KOSMOS. 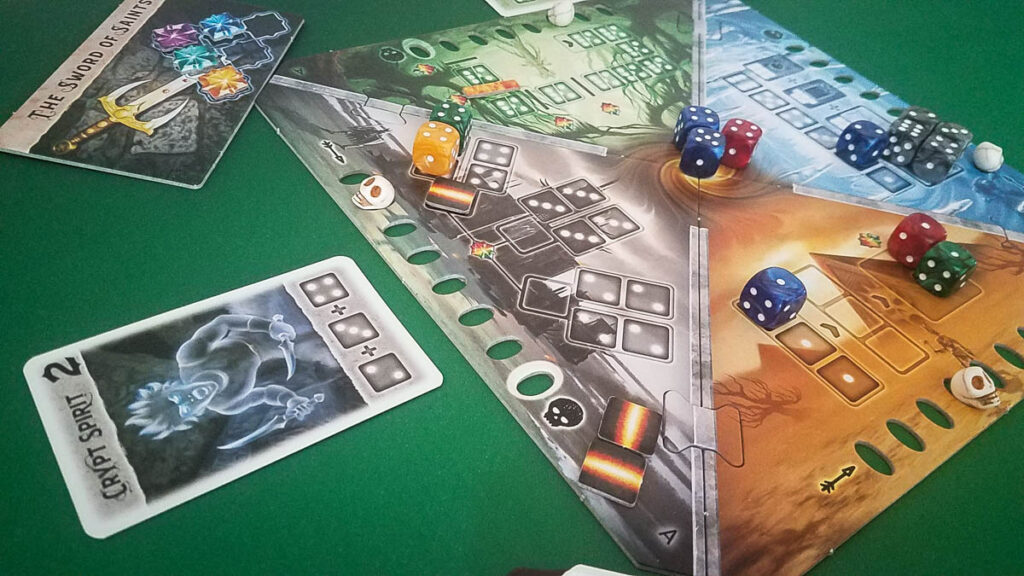 In Roll for Adventure, everyone gets one hero board and some dice. You use your dice and your hero’s unique special ability throughout the game to fight the enemies that show up and to complete the tasks in the four realms of your kingdom.

On your turn, you’ll roll your dice, choose one of the numbers that you rolled, and then place one or more of those dice on one of the four realm boards or on an enemy card. You’ll then reroll your remaining dice, place some, and repeat the process until you’re out of dice. Example: You roll your five dice, you place two 1’s on the realm board that takes them, and then you reroll.

There are four double-sided realm boards, each with unique tasks that you can complete to get closer to victory. For example, the Forest board has you use 5’s and 6’s to complete the task. When you fully complete tasks, everyone who contributed to the task gets their dice back and you’ll usually get a power stone. Your goal is to get a certain number of power stones.

You’ll always include the basic enemies and the Master of Shadows (boss) in the deck, but you can choose to include one or more of the special enemies to make the game tougher. The Master of Shadows is a unique enemy who performs a three-stage attack and then gets shuffled back into the enemy deck.

You’ll beat Roll for Adventure if you get all of the power stones you need. You’ll lose if one of the four realms takes too much damage or if no one has any dice remaining at the beginning of any player’s turn (because the dice are still on the boards). 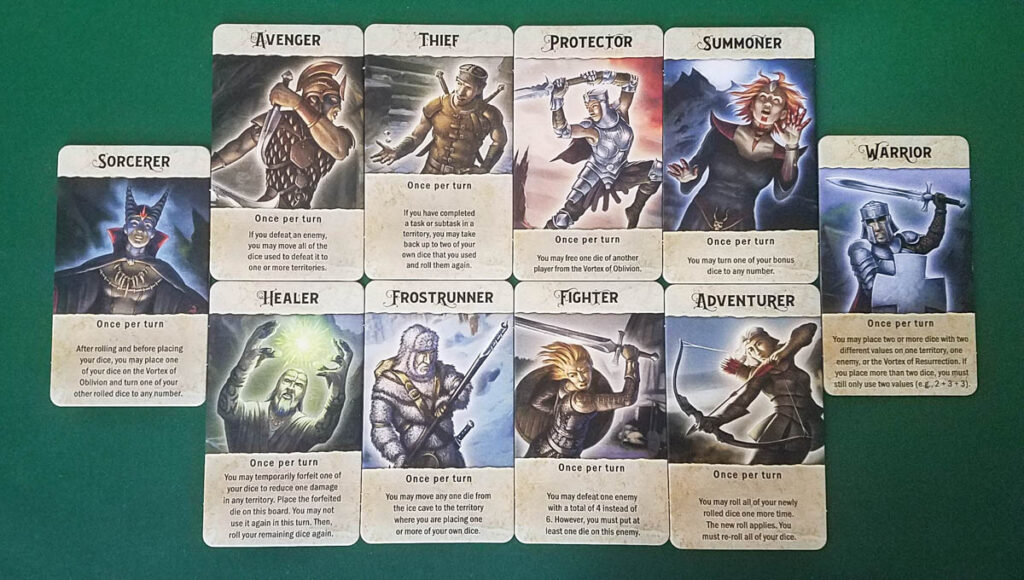 As a family game and as a filler game, I think Roll for Adventure is pretty great. It’s always a good sign when my group loses a co-op and we want to jump right back in and try again, and that happened multiple times. It’s very easy to teach, games are quick, there’s plenty of tension throughout, and it requires a high amount of cooperation.

I think Roll for Adventure works well at all player counts, but I actually like it best as a two-player game. You get more dice to roll and there’s less downtime between turns, though the game is a bit tougher with just two heroes.

If you’re a fan of dice games and/or you’re looking for a challenging cooperative filler game, I definitely recommend checking out Roll for Adventure. If you don’t like high-luck games, you probably don’t want to get this one.

Thanks for taking the time to read our Roll for Adventure review! To stay updated on all things cooperative board games, follow us on Twitter, Facebook, or via RSS.