Skip to content
Co-op Board GamesReviewsChronicles of Crime: Welcome to Redview Review

This Chronicles of Crime: Welcome to Redview review was made after playing through all four cases. We were sent a copy of this game by the publisher in exchange for an honest review.

What is Welcome to Redview?

This expansion was designed by David Cicurel and Ghislain Masson, and it is published by Lucky Duck Games. 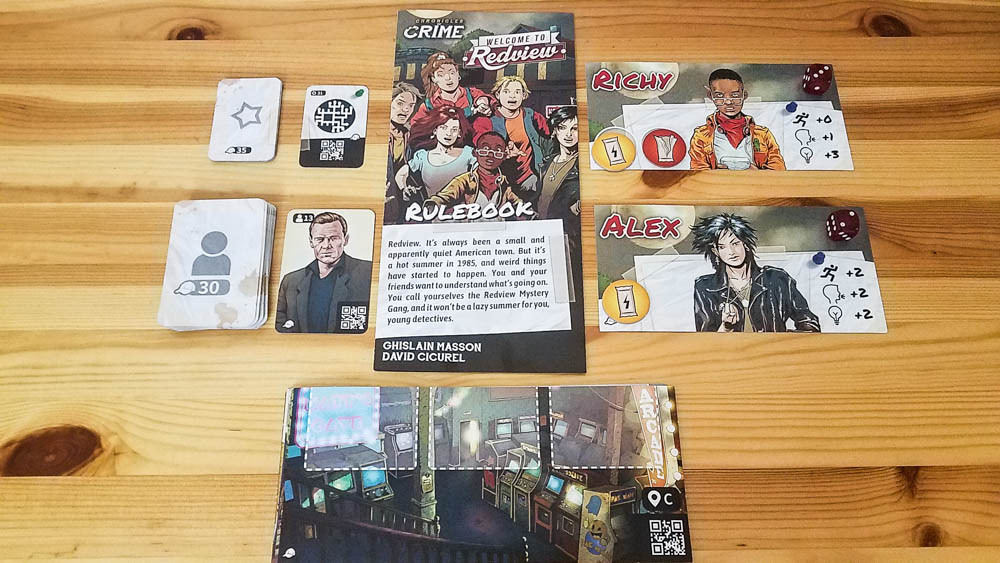 You can learn about the main mechanics of the game in our Chronicles of Crime review.

In Chronicles of Crime: Welcome to Redview you play through a four-chapter campaign as the Redview Mystery Gang, a group of teens who investigate local mysteries. Each chapter takes place in a small town in 1980s Maine and the characters you run into can show up in multiple chapters.

Unlike the other Chronicles of Crime cases that have been released so far, in Welcome to Redview each player gets to play as his or her own character. The characters have three skills: Fitness, Speech, and Mind. The app lets you know when you have the opportunity to perform skill tests and you can usually choose between two or three of them. When you perform a test, each player rolls their die and adds their stat to the roll. As a team, you’re hoping to roll a number of successes (fives and sixes) equal to the number of players. You’ll gain two successes if you roll a seven or higher. Each character also has energy tokens that they can use to roll again if the team needs more successes. You regain your energy tokens at the beginning of each new day.

Since you’re playing as teens in high school, you can’t spend all night working on these cases. If you don’t make it back to your tree house/home base by 10:00 pm every night, points will be deducted from your final score. You’ll often be in the middle of a conversation or a search and will need to decide if you want to break your curfew or not.

Other than those things, the game plays pretty much exactly like the base game; you ask characters questions, you search for clues at different locations, and you try to put it all together to solve the cases. 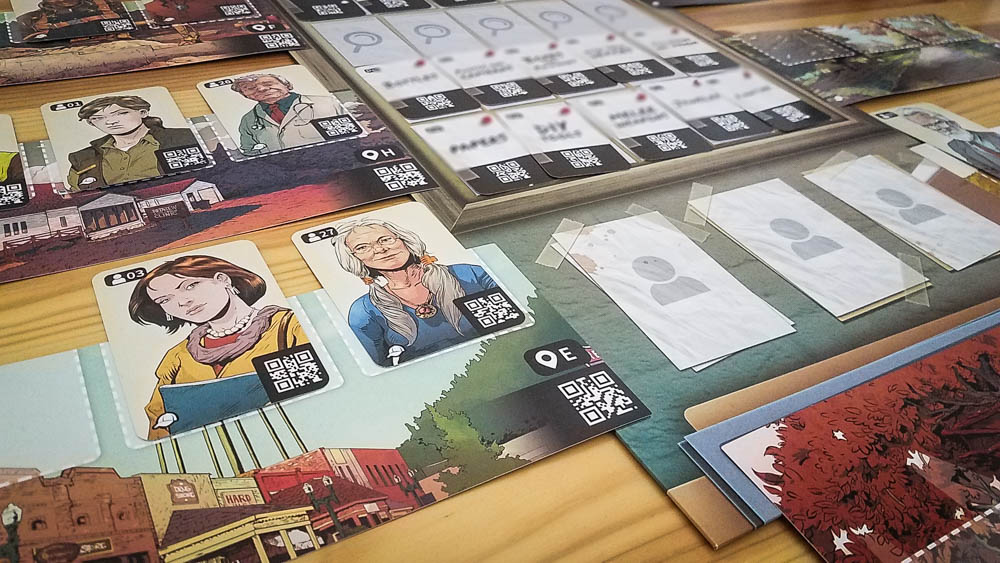 Chronicles of Crime: Welcome to Redview is another solid expansion for this very solid game. The cool thing about this being an app-driven game is that most of the issues I have with it can be fixed in an update.

Three of the four cases in this expansion were my least favorites of all of the Chronicles of Crime cases I’ve played, but one of them was probably my favorite overall so far. I do think Noir is the better expansion of the two, but I still definitely recommend Welcome to Redview if you’re a Chronicles of Crime fan, especially if this theme interests you.

Thanks for taking the time to read our Chronicles of Crime: Welcome to Redview review! To stay updated on all things cooperative board games, follow us on Twitter, Facebook, or via RSS.