Skip to content
Co-op Board GamesReviewsGalaxy Defenders Board Game Review 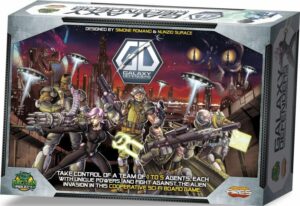 This Galaxy Defenders review was made after playing through six missions.

What is Galaxy Defenders?

In Galaxy Defenders, you are part of an elite squad formed to defend the world against an alien invasion. You have to fend off the aliens on different maps while attempting to complete your objectives. The majority of the characters on your team have to survive each mission in order to come away victorious.

Galaxy Defenders was designed by Simone Romano and Nunzio Surace, and it is published by Ares Games. 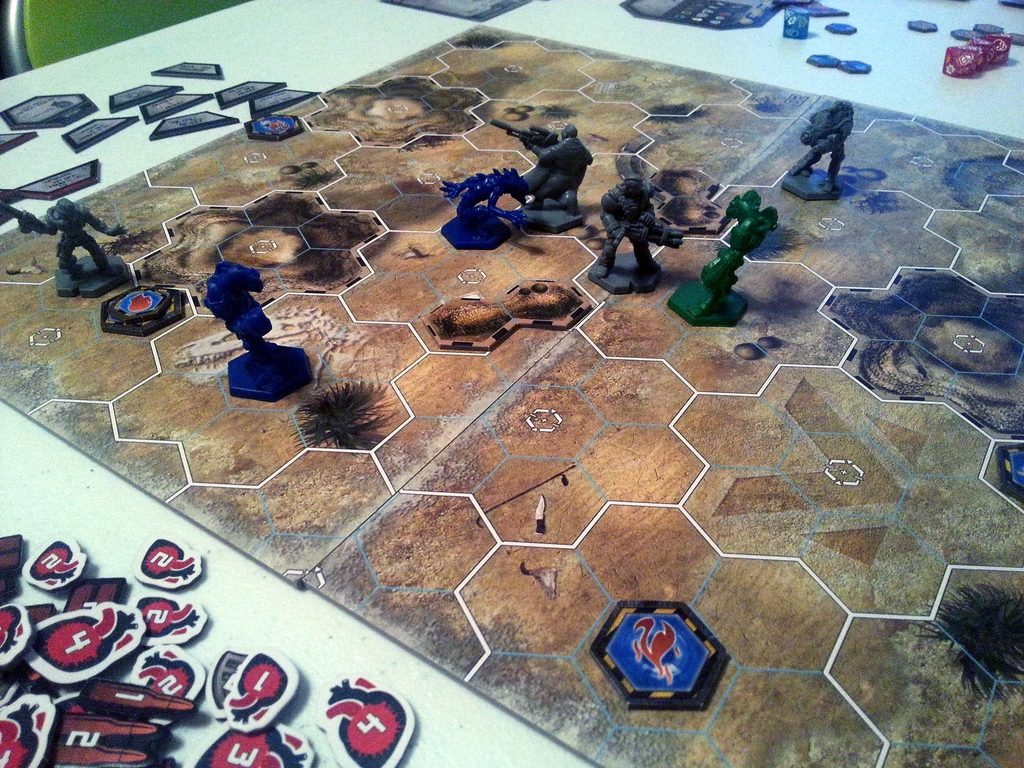 The Galaxy Defenders rules are actually quite simple to understand. This surprised us since it looks like a pretty complicated game. After reading through the rule book and playing through a few turns, everyone in our group knew what was going on. Credit to the designers for that.

At the beginning of the game, players select one of five characters, which have specialized skill sets that make them feel different from one another. These characters are the Biotech, Sniper, Hulk, Infiltrator, and the Marine.

12 missions make up the entire Galaxy Defenders campaign, but players can also choose to play a one-off mission of their choosing. Agents gain experience during these missions, giving them the chance to level up and maintain those elevated skill levels throughout the campaign.

Each turn, a player may choose to move, attack or take another action in any order they like. Any combat is resolved with 10-sided dice, and your weapons determine how many of those dice that you have to roll. Special abilities can allow players to heal or otherwise modify the dice in their favor.

Once a player’s turn has been taken, a Close-Encounter card is drawn to determine which aliens are going to attack. The aliens have their own cards, which list their attributes and special abilities. Players have to strategically figure out the best way to deal with the aliens based on their skills and their distance from them.

Once the players and the aliens have taken their turns, an event card is drawn. Events can do a number of things, including activating certain aliens and moving the current mission’s story forward.

Each Galaxy Defenders mission has a different objective. Sometimes you will simply be trying to kill all of the aliens, while other times you will need to save people in order to complete that mission. All of the missions have their own stories in the 56-page storybook that comes with the game.

If you want to see the Galaxy Defender rules in full detail, check out the rulebook (PDF) from the publisher.

Check out Galaxy Defenders at Amazon

Galaxy Defenders is a good cooperative board game that has unique characters, a great campaign system, and a slightly stale dice rolling mechanism. It has pretty good replay value thanks to its randomized missions, and multiple Galaxy Defenders expansions have already been released.

While Galaxy Defenders isn’t my group’s favorite science fiction co-op game, it is one that we will keep since it is a ton of fun to play and because we want to eventually beat all of the missions!

Thanks for taking the time to read our Galaxy Defenders board game review! To stay updated on all things cooperative board games, follow us on Twitter, Facebook, or via RSS.