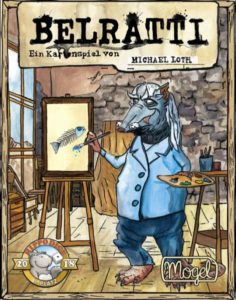 This Belratti review was made after playing the game six times. We were sent a copy of this game by the publisher in exchange for an honest review.

Belratti is a cooperative deduction card game in which you’re attempting to prevent a famous art forger from getting his paintings into a museum. The game was designed by Michael Loth and is published by Cheat Publishing. 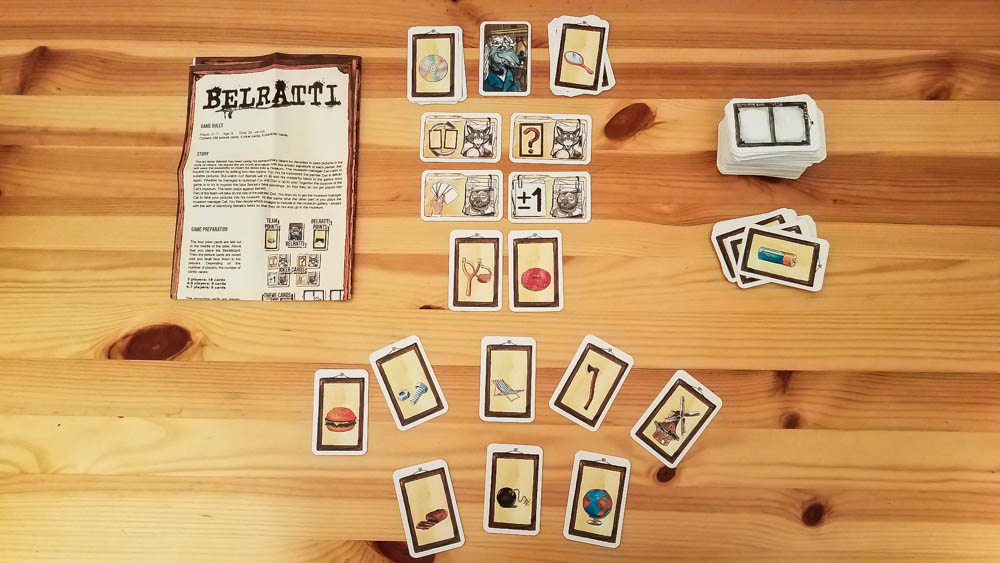 The painters might choose paintings based on their shape, color, or a theme that matches one of the two cards on the table. The painters can tell each other how many paintings they think they can add to the pile, but they can’t say anything specific about what’s in their hands.

If a round ends and Belratti has gotten six of his forgeries into the museum, the game ends and you will get a score based on how many paintings you successfully got into the museum. Otherwise, you shift the role cards one spot clockwise and start a new round. 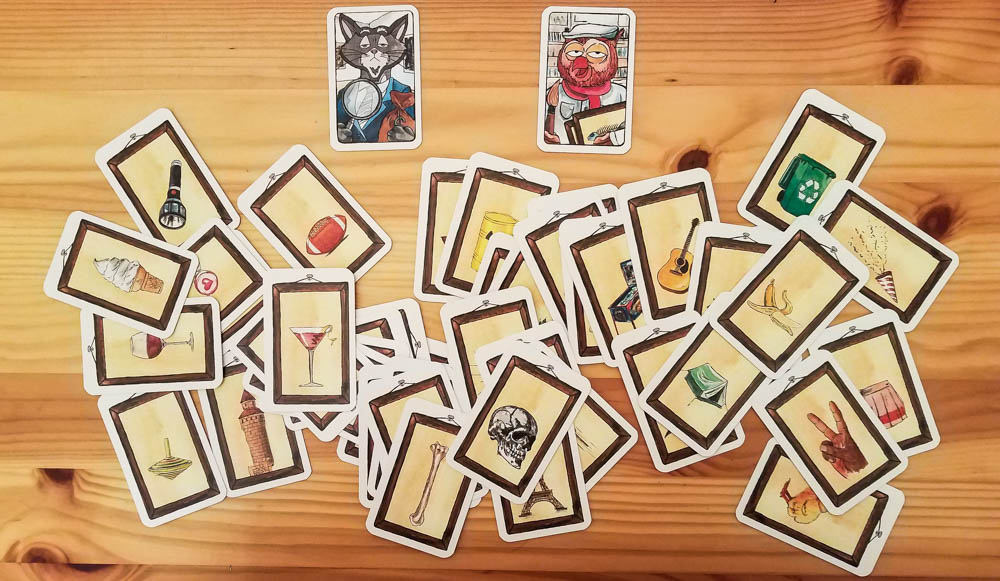 I’m not surprised that Belratti has gone over well with everyone I’ve played it with considering that pretty much my whole group enjoys limited communication games. This one has more of a party game vibe than games like The Mind and Cahoots, but I think people who like those games will end up being fans of this one as well.

Belratti isn’t one of my favorite limited communication co-ops, but I definitely have enjoyed playing it. I like the original theme, both roles are fun to play, it’s highly portable, and I’ve had a good time trying to beat my past high scores. I could see this one hitting the table at least a few times a month for the foreseeable future.

Thanks for taking the time to read our Belratti review! To stay updated on all things cooperative board games, follow us on Twitter, Facebook, or via RSS.

Shadowrun: Crossfire Review
Against the Shadow Review (Kickstarter Preview)
Top 40 Cooperative Board Games
Lord of the Rings Board Game Review
Follow us: