Skip to content
Co-op Board GamesNewsCooperative Board Games on Kickstarter – November 20, 2020

This month we’re taking a look at four cooperative board games that are currently on Kickstarter. If you’re interested in any of the games, head on over to their Kickstarter or BGG pages for more info (links included below). 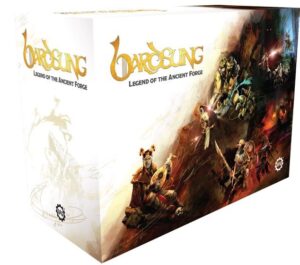 Bardsung is a game of choosing your path as you seek to inspire the bard’s songs and live your legend. From your physical passage through the dungeon to your journey of building your character into a fabled hero, your choices define your experience.

I have two main issues with a lot of big dungeon crawls, even some of the best ones: long setup/teardown times and fiddliness. Well, it doesn’t look like Bardsung is going to have either of those issues because there aren’t a ton of extra components and actions seem quick and straightforward. The game also has a great look to it, so I think I’ll be checking this one out. 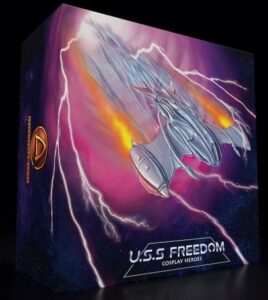 Explore unknown worlds, discover alien civilizations, and decide who will be your ally or your enemy. Perform missions to increase your reputation with your allies while planning for and surviving attacks from numerous other alien races. Upgrading your ship and enhancing your heroes is the key to survival.

The art in U.S.S. Freedom looks amazing. Plus, it’s a true exploration game with a 36-mission campaign that is fully replayable. Yeah, I’m definitely in. 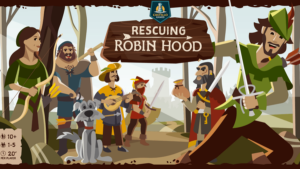 Robin Hood has been captured! As the leaders of the Merry Band you have only 5 days to come to his rescue, using all the Wit, Brawn and Stealth you can muster. Each turn you work together to rescue villagers captured by the Sheriff of Nottingham’s men. As more people are rescued new villagers join your side. Once you have built up your Merry Band you select your dream team, storm the castle, and fight one final battle to rescue Robin Hood!

I like the theme and I’m a big fan of deck building games, so I’m hoping Rescuing Robin Hood ends up getting funded. The rules seem pretty straightforward, so this one could end up being a very solid co-op family game. 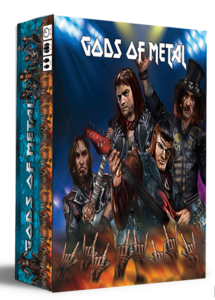 Gods of Metal: a 1-4 Player Co-Op Deckbuilder. Form a Band, Live for Metal, Save all Reality!

I’m not a huge fan of heavy metal music, but there are a couple of people in my group who are and they’d definitely want to play Gods of Metal. Plus, the theme is just cool: You put a band together, get different types of upgrades, and then try to defeat the enemies with your songs. I’d play that.