Skip to content
Co-op Board GamesNewsCooperative Board Games on Kickstarter – February 25, 2021

This month we’re taking a look at seven cooperative board games that are currently on Kickstarter. If you’re interested in any of the games, head on over to their Kickstarter or BGG pages for more info (links included below). 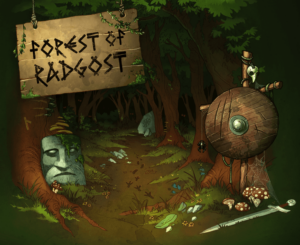 Forest of Radgost is a role-playing game where each player controls a character with a fleshed-out backstory, motivation, and skill-set. Players navigate the web of interconnected forest footpaths with a pair of dice that determine the distance and direction of their movement, evoking the feeling of being lost in the woods, with creatures lurking at each crossroad. 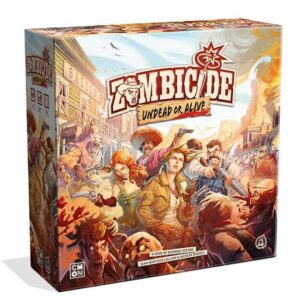 Following in the footsteps of the recent 2nd Edition, Zombicide: Undead or Alive combines updated rules and fast setup with brand new exciting mechanics, perfect for the Western setting!

There’s a million ways to die in the West, but now nobody seems to want to stay dead. So grab your six-shooter, form your posse, and get ready for some good ol’ Zombicide! 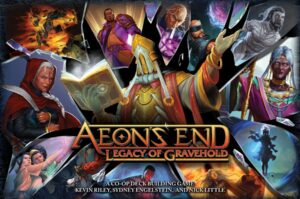 Aeon’s End: Legacy of Gravehold is the second legacy game in the Aeon’s End line of games. Legacy of Gravehold has a deeper, more immersive narrative with branching paths. After each game, players will receive experience. They will spend that experience on enhancement stickers, those along with player cards will allow the players to become more powerful. However, the nemeses that players will face grow stronger and stronger with each battle. 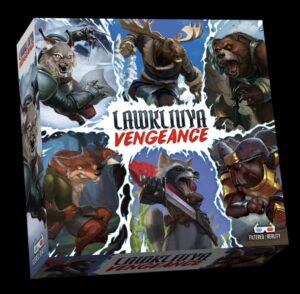 The goal of Lawklivya: Vengeance is to survive the ongoing assault of your castles by different enemies. This is accomplished through gathering resources, using those resources to create weapons, upgrade walls, and train workers into warriors, scouts, and a warrior hero! When an enemy attacks your castle, the other castles can send warriors to assist in the battle. When the castles have defeated a certain number of enemies, they must confront the biggest and most powerful enemy. This victory will come at a cost, and will only be accomplished with all of the castle’s warriors working together! 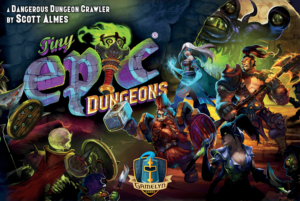 In Tiny Epic Dungeons, players control a band of Heroes exploring a treacherous dungeon in search of the fearsome Dungeon Boss. Heroes make their way through the dungeon one room at a time. Around every corner goblins and ferocious minions seek to block the Heroes’ path. Where there isn’t an enemy, traps are set, ready to spring on even the most prepared Hero. 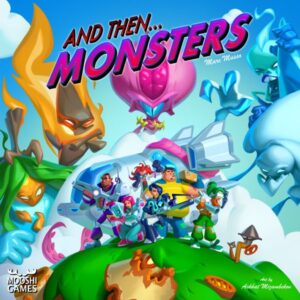 Designed by Marc Musso and art by Askhat Mizambekov, And Then Monsters is a cooperative action-selection and dice game set on an unknown planet in an unknown galaxy in an unknown reality. And Then Monsters tells the story of 6 unprepared Heroes as they defend their crashed inter-dimensional spaceship against a never-ending monster horde while searching for parts to repair it. 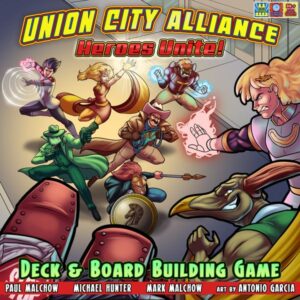 This Cooperative Deck and Board Building Game offers two to four players the chance to use one of Union City’s iconic Heroes and face off against your choice of Supervillain. You will explore to build the board panel by panel while confronting the challenges and gaining the rewards of a City Deck that can be mixed with versatile Scenarios. You’ll also find and recruit cards from a Union Deck that is customizable each game with Team-Up Heroes. The players strive to fulfill the win condition of the chosen Supervillain and win or lose together, as heroes!