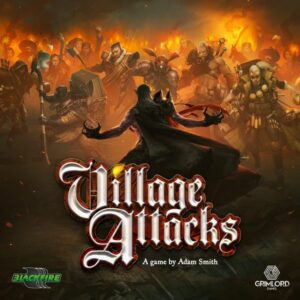 This Village Attacks review was made after playing through nine missions (some multiple times).

What is Village Attacks?

Village Attacks is a cooperative tower defense game in which you play as powerful monsters who are attempting to keep local villagers from exorcising you from your castle. The game was designed by Adam Smith and is published by Grimlord Games. 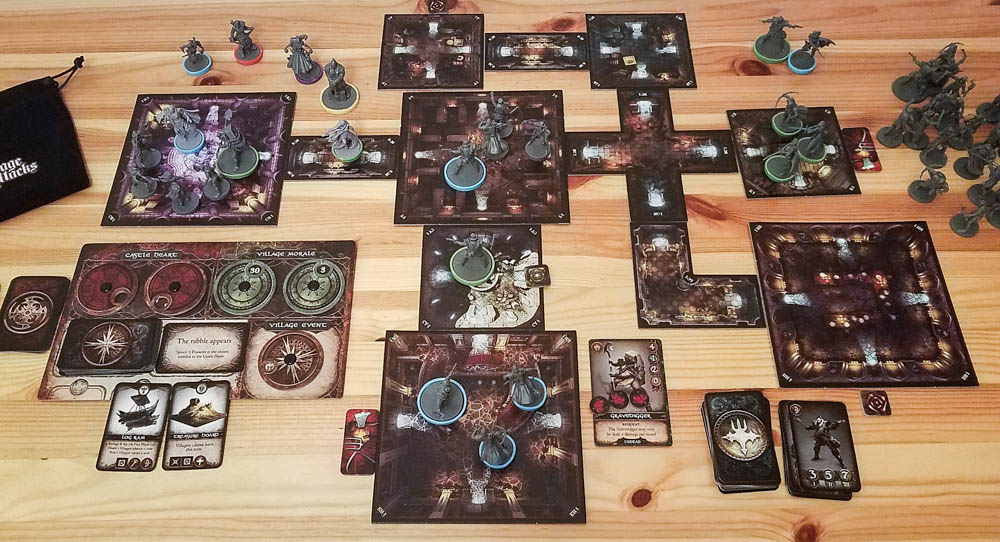 There are three types of villagers that you’ll face in Village Attacks: Peasants, Hunters, and Town Heroes. The peasants can only attack in the rooms they’re in, but they show up in larger groups. The hunters can attack in their own rooms and in adjacent rooms. The Town Heroes, the toughest villagers, have unique stats and abilities. Town Heroes and hunters prioritize attacking certain types of monsters and the peasants are always focused on doing damage to the Castle Heart. 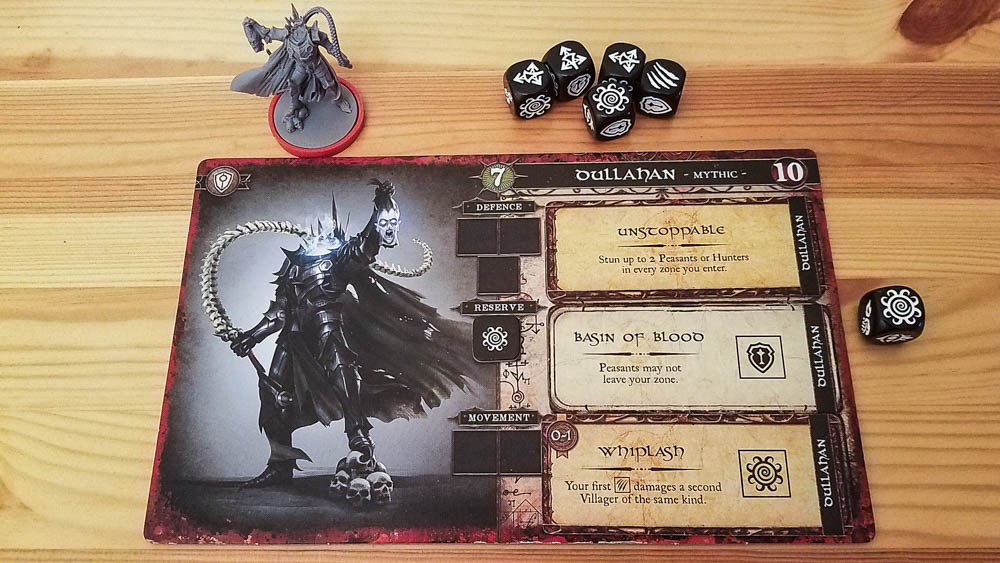 Each round has three phases: 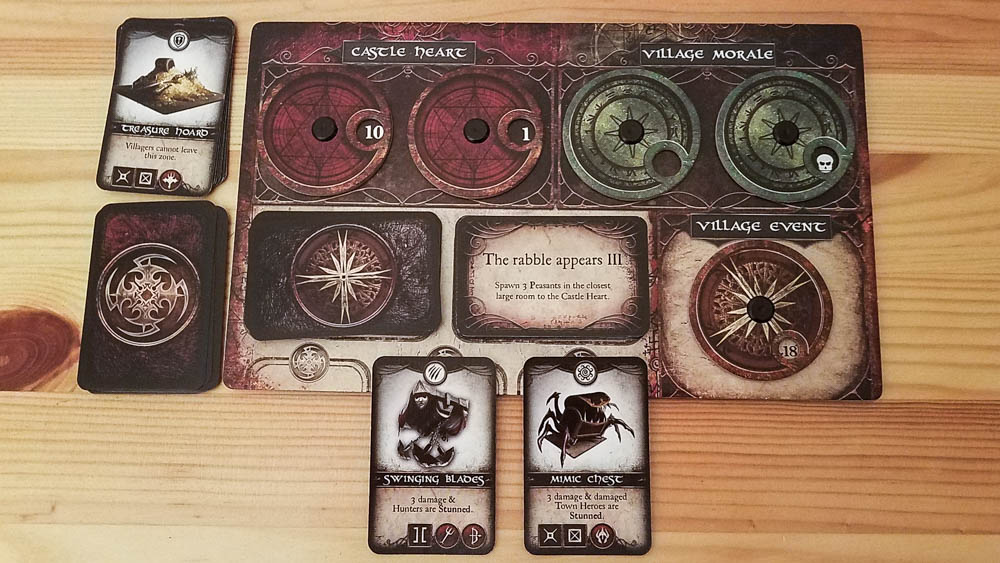 You can make the game more challenging by using the Day and Night dice, alternating day and night rounds. The day rounds are tougher because you can’t gain experience and because the Day die only has blank and Villager faces. You’re more powerful in the night rounds, though, since the Night die gives you guaranteed attack results.

Hopefully that gives you a feel for how the game plays. For more info, check out the official Village Attacks rulebook (PDF). 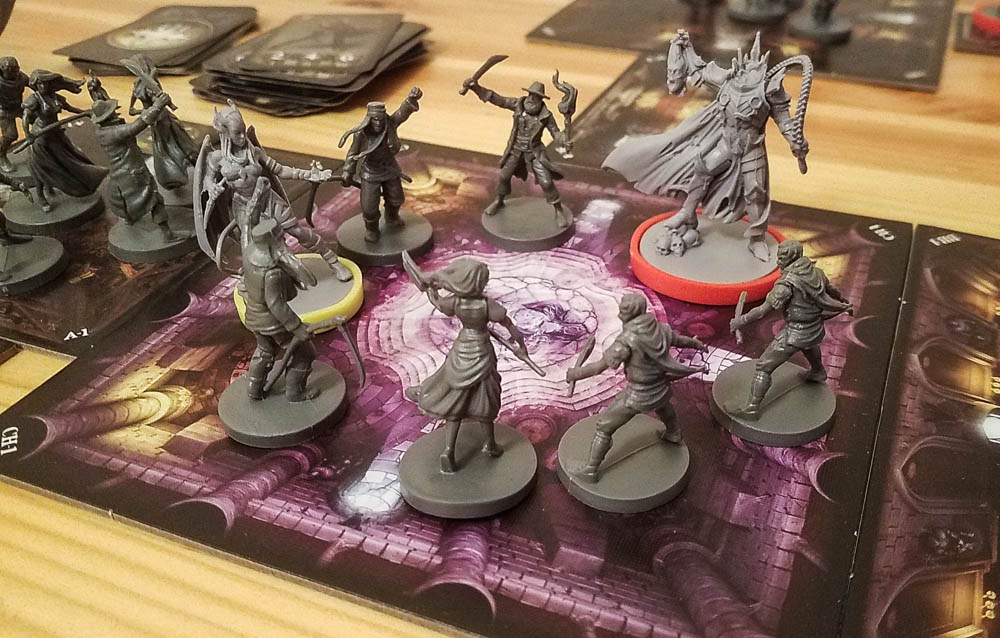 Check out more of our tower defense game reviews

Village Attacks is a fun and unique tower defense game with a great theme. I do have some issues with it, but at the end of the day my group has had a blast playing through the missions, so I can’t complain too much. There’s a good amount of tension in the game as you try to roll well and deal with all of those groups of villagers that come steamrolling in, and it has a very nice look to it.

If you like a lot of theme in your games, if you’re a fan of tower defense games, and/or if you’re like me and have always enjoyed horde modes in games, then you should definitely check out Village Attacks.

Thanks for taking the time to read our Village Attacks review! To stay updated on all things cooperative board games, follow us on Twitter, Facebook, or via RSS.