Skip to content
Co-op Board GamesNewsCooperative Board Games on Kickstarter – April 26, 2019

This month we’re taking a look at four cooperative board games that are currently on Kickstarter. As always, if any of these games seem interesting to you, use the links to check out their BGG and KS pages for more info.

Bloodborne: The Board Game

Bloodborne: The Board Game is a dark and challenging action game designed by Michael Shinall and Eric M. Lang, where 1 to 4 Hunters must explore the town of Yharnam and fight their way through beasts, monsters and frenzied townsfolk to survive the night and uncover the source of the madness that consumes it. Based on the award-winning Bloodborne video game by Sony Interactive Entertainment, the board game brings the beloved title to life with amazing miniatures!

Board game adaptations of video games don’t always work out, but I’m hoping this one does. Bloodborne is probably in my top five video games ever, so seeing some of the bosses in miniature form has me pretty excited about this one. Plus, it’s from Eric M. Lang and CMON, so there’s a pretty good chance it’s going to be a solid game. 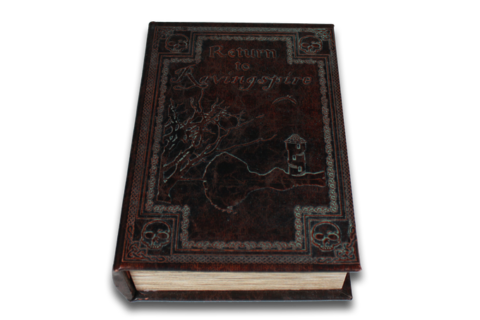 Return to Ravingspire is a cooperative questing game for 1-4 players. Take on the roles of Heroes climbing the ever-shifting Tower to the Spire and face its Dark Master. But beware! For the Tower lies upon a nexus of space-time, and its portals may as easily lead to other dimensions as they will up the Tower.

Return to Ravingspire seems like a pretty straightforward dice-rolling fantasy game, but what intrigues me about it is its pre-battle positioning mechanic. That should lead to some interesting team decisions throughout each game. Oh, and that is a very cool box.

Grimm Tales of the Wood 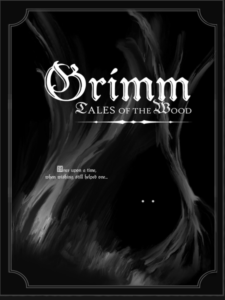 Current Status: Not Funded Yet

A cooperative modular adventure/survival card/board game set in a stark Germanic telling of the the world of the Brother’s Grimm. Designed to circumvent counters, tokens, booklets, dice, the game uses only 150 double sided cards to craft, explore, battle and upgrade.

I usually don’t include Kickstarter games that have low chances of funding, but I think Grimm Tales of the Wood really does have potential. I love the look of the game and I like that it’s based on the older, darker versions of these stories. 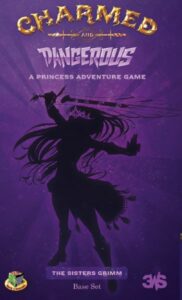 In this cooperative, adventure card game that gives 1-4 players the chance to take on the role of a classic fairy tale Princess, reimagined as a RPG style adventurer. You and your friends can choose to face a different Villainess and her amassed Forces of Evil each time you play.

Charmed & Dangerous’ art looks fantastic. It seems to have very simple rules (watch this preview to see how the game plays), so I’m hoping that it ends up being a challenging card game and one that consistently tells a good story.