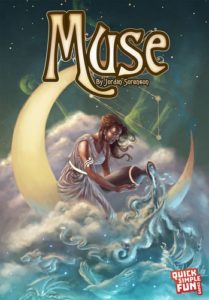 This Muse card game review was made after playing the game about 10 times.

Created by designer Jordan Sorenson and published by Quick Simple Fun Games, Muse is a party game for four or more players that can also be played cooperatively by two or three players. In the game, one player gives their teammates a clue about a card that they are holding, and then those teammates need to guess which card they had. 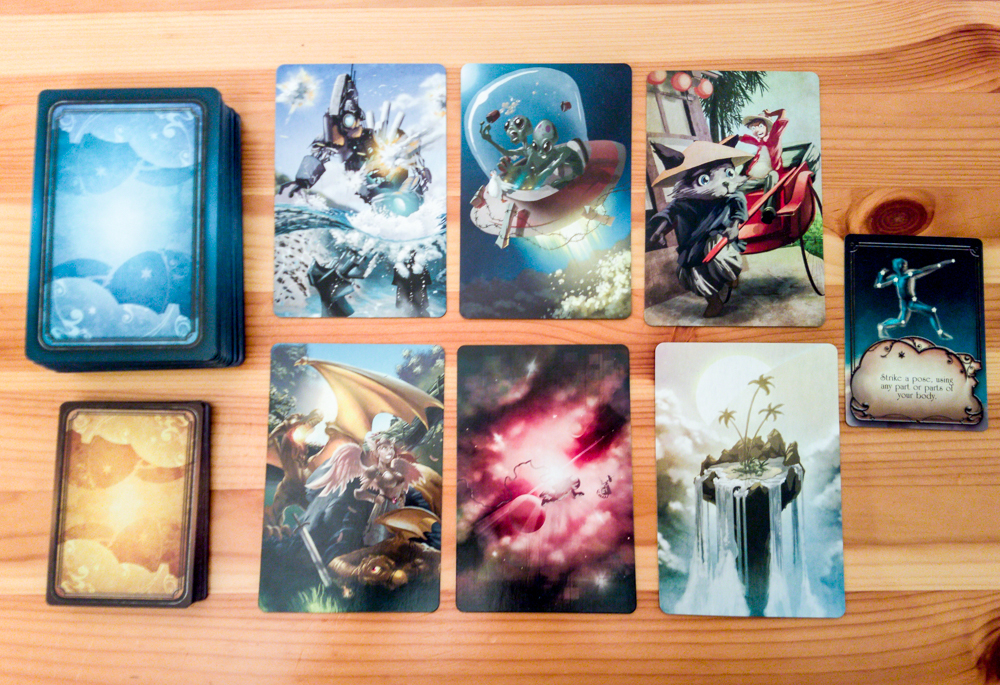 I wouldn’t recommend buying Muse if you’re only interested in playing the co-op variant, but it is worth owning if you know you’ll have chances to use it as a party game.

It works pretty well as a co-op filler—especially if you make the changes I mentioned earlier—but it lacks replay value since you’ll see all of the cards pretty quickly. If you’re looking for a game like this that does play very well as a co-op, definitely check out Mysterium.

I do recommend Muse if you’re looking for a simple party game with great artwork. It is a lot of fun picking the cards your opponents have to use and trying to win the race to five correct guesses. If you enjoy party games like Dixit, there’s a pretty good chance you’re going to enjoy Muse too.

Thanks for taking the time to read our Muse card game review! To stay updated on all things cooperative board games, follow us on Twitter, Facebook, or via RSS.