Skip to content
Co-op Board GamesReviewsMechs vs. Minions Review 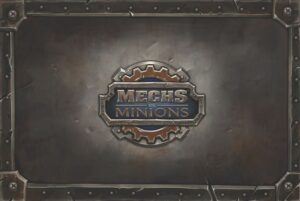 This Mechs vs. Minions review was made after playing through the first six missions.

What is Mechs vs. Minions?

Mechs vs. Minions is a cooperative programming game in which you and your teammates are mechs trying to hold off a horde of minions. The game is set in the League of Legends universe, but it is not a board game version of the video game.

Mechs vs. Minions was created by a team of designers and is published by Riot Games. 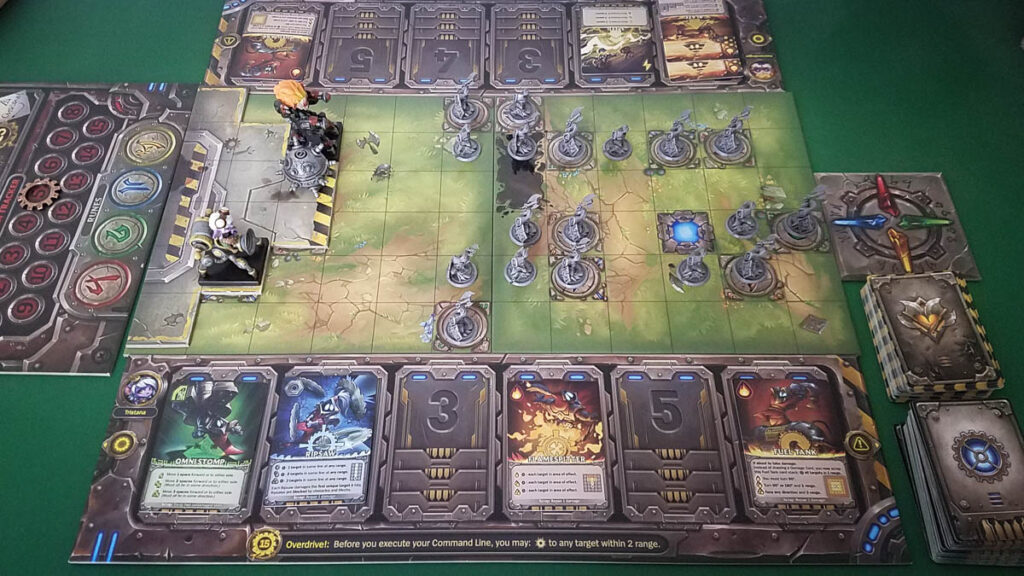 There are 10 missions in Mechs vs. Minions, but here I am just going to go over the basic rules. Just know that more rules are introduced as you move through the campaign.

You might look at the glorious contents in the box and think that this is a very complicated game, but it’s really not. You’re simply programming in what you want your mech to do each turn and then executing those actions.

Each turn, you and your teammates will be drafting cards and putting each one onto one of the six spaces on your “command line” board. Depending on the number of players, you’ll usually get one or two cards per round. The cards will let you do a bunch of things, including moving, rotating, and shooting at the minions around you. What’s really cool is that you can stack cards with matching symbols (up to three cards per stack) to upgrade your powers. 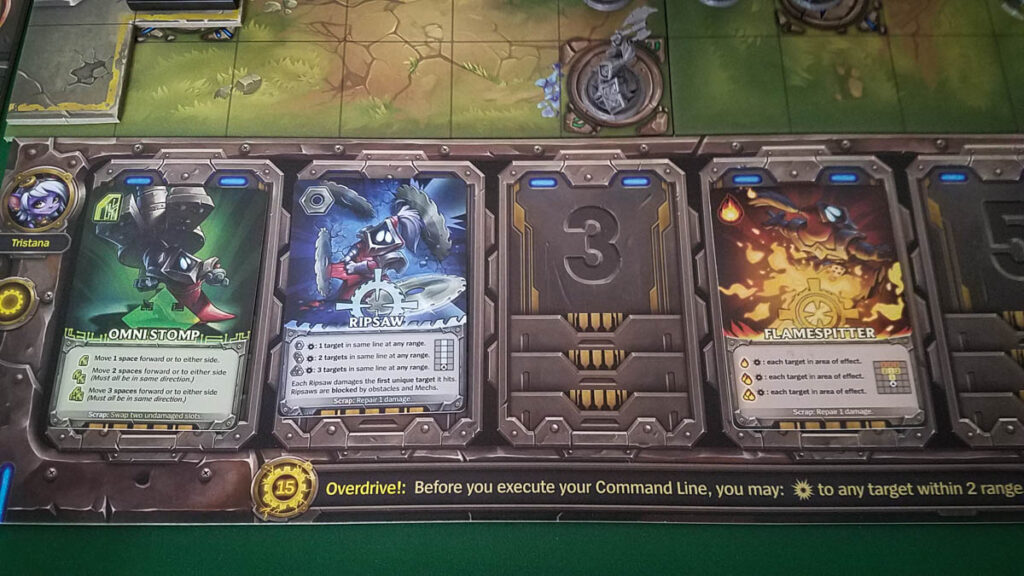 After all of the mechs have activated, the minions take their turns. The mission book will tell you where new minions will spawn and how they’ll move across the board. The minions have different goals every turn; for example, in some missions they are simply trying to reach a location on the board before you’re able to complete your objective.

When minions deal damage to mechs, players have to draw from a damage deck. These cards can have one-time effects or they can stay on your command line until you remove them.

Believe it or not, that’s all you need to know going into your first game. It’s really all about finding a way to program your mechs so you can move around the board, take out some minions, and complete the objective.

If you want to learn more about the game, take a look at the official Mechs vs. Minions rulebook (zip file). 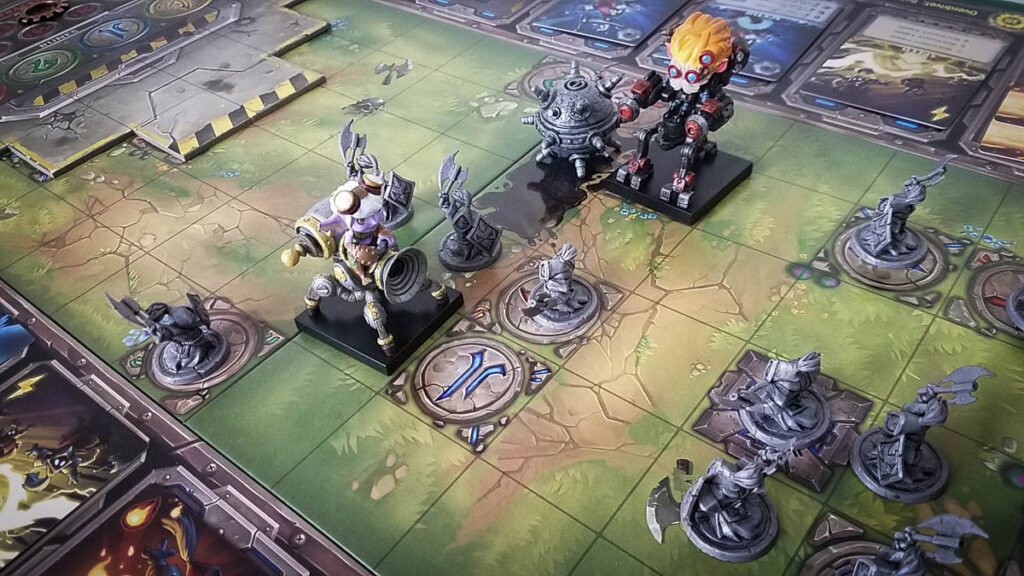 Check out Mechs vs. Minions at Riot Games

Simply put, Mechs vs. Minions is a fantastic gaming experience and one of the best cooperative board games I’ve ever played. Everything looks great on the table and the guys over at Riot Games found a way to make a different type of programming that works extremely well as a co-op game. This is already my favorite programming board game and I’m looking forward to finishing the last couple of missions. (Update: Finished the campaign… Amazing!)

You definitely don’t have to be a fan of League of Legends to enjoy this one. If you’ve enjoyed playing programming games in the past or you’re just open to trying any type of cool co-op, I definitely recommend getting Mechs vs. Minions.

Thanks for taking the time to read our Mechs vs. Minions review! To stay updated on all things cooperative board games, follow us on Twitter, Facebook, or via RSS.