Skip to content
Co-op Board GamesReviewsZephyr: Winds of Change Review 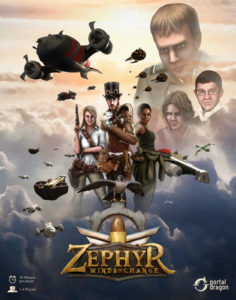 This Zephyr: Winds of Change review was made after playing the game six times.

What is Zephyr: Winds of Change?

Zephyr: Winds of Change is a thematic cooperative adventure game designed by Aaron Kluck and Jon Mietling and published by Portal Dragon. In Zephyr, you are airship captains in a post-apocalyptic world attempting to keep the skies clear of air pirates, which include tough commanders and, in some cases, warlords! 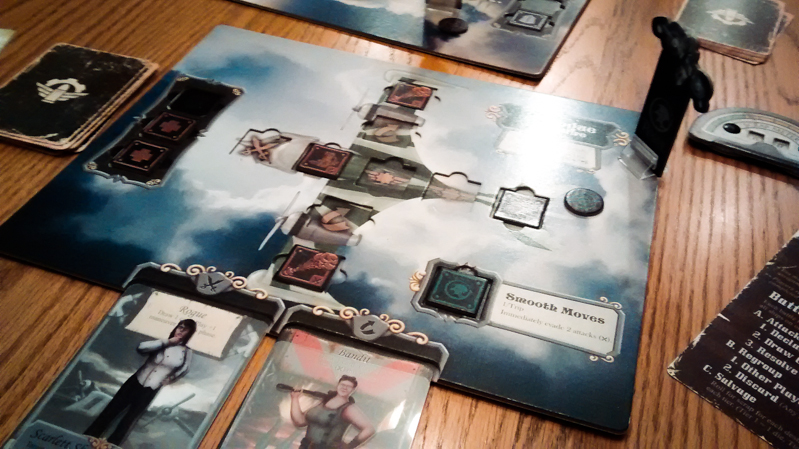 When you begin a game of Zephyr: Winds of Change, you’ll get a ship of your own along with that ship’s basic action cards and some starting scrap (money). You’ll buy some starting items, including ship upgrades and crew, and then you’re ready to begin a mission.

Each ship has a hull, which represents its health. They also have slots for ship upgrades, which add new cards to your deck that represent attacking abilities, tech, and evasive maneuvers. Even better, you can add crew members, which give you two new abilities – one from the faction and one from the crew member’s personality – that you can use throughout the game. Every ship has a special ability, and they also have their own hull, ship system, and crew layouts.

Throughout each mission, you will be going on assignments, either by yourself or with members of your team. These assignments can include battles, reactions to events, or a mix of both. If you’re able to complete an assignment, you’ll usually get a nice reward. 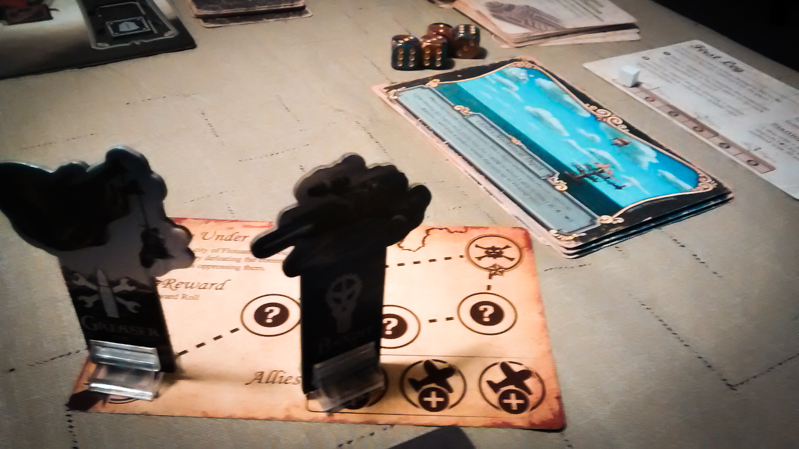 You will be fighting in a lot of battles in Zephyr: Winds of Change. You’ll be using your action cards to deal damage and evade incoming damage in hopes of defeating enemy ships. After you’ve chosen your cards, you’ll roll dice to see what the enemy ships do. You and the enemies fight simultaneously, so you can receive damage even if you end up killing your enemy. If another player is on your assignment with you, you can both take on the ships in that area. When you defeat an enemy ship, you’ll roll for scrap rewards.

It’s not uncommon to fight commanders in these battles. When you see the commander symbol, you will place a commander card on top of an enemy ship, replacing its abilities. The commander will also usually bring additional ships to the fight. What’s great about defeating commanders is that you can get better rewards, including the Epic upgrades! 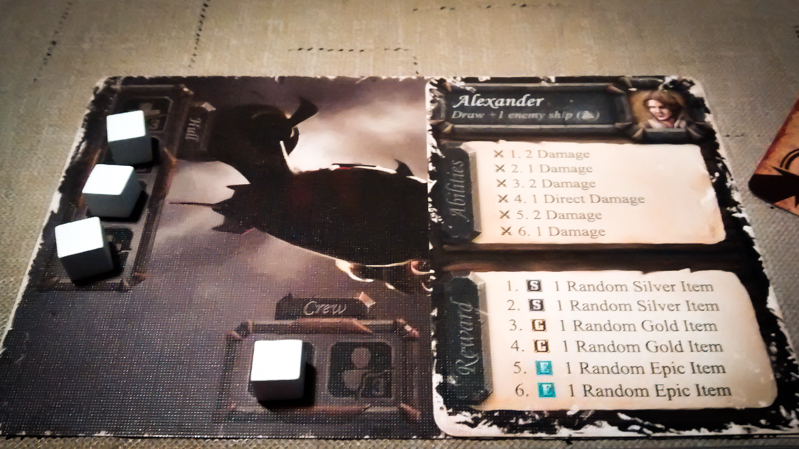 The toughest battles come when you go up against warlords. These battles are similar to the others, but warlords have their own wave cards (ships and, sometimes, commanders) and abilities. You’ll need to get past those waves of ships and take down the warlord’s hull to defeat him.

As you go from assignment to assignment, days will pass by and you’ll be moving to new regions and reaching higher tiers. With each tier come tougher enemies since each enemy ship will have more health and will gain crew members (more dice).

When you complete assignments, you’ll have a chance to go back to the resupply to repair your ship and buy new upgrades. After going to the resupply you have the option of trading crew members, scrap, and/or ship systems with other players.

Each mission tells you what you’ll need to do to be successful. If you aren’t able to upgrade your ship well enough throughout the game, you could just lose on the final day of that mission.

If you want to play more than one mission with your ship, you can keep the upgrades you’ve bought and play the game’s campaign mode. 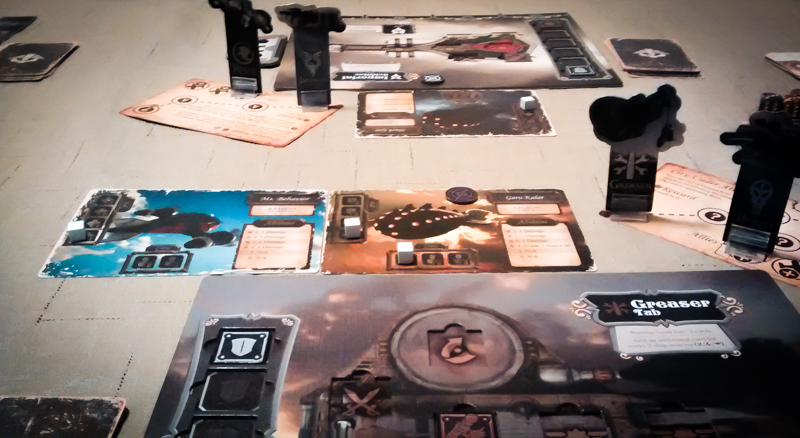 Check out Zephyr: Winds of Change at Portal Dragon

Zephyr: Winds of Change is a solid co-op adventure game that has a theme most people will be able to get into. What we really like about Zephyr is that it feels like a unique cooperative experience and it looks amazing on the table. It’s also quite difficult to beat at times, which is always a good thing to us.

If the steampunk theme doesn’t interest you, you might want to pass on this one since it kind of requires you to role-play a bit to get the most out of the experience. Also, there’s less player interaction than in most other co-ops. If those things don’t bother you, then we definitely recommend playing this one!

Thanks for taking the time to read our Zephyr: Winds of Change review! To stay updated on all things cooperative board games, follow us on Twitter, Facebook, or via RSS.