This Team Up! review was made after playing the game eight times. We were provided a copy of this game by the publisher in exchange for an honest review.

What is Team Up?

Team Up! is a cooperative stacking game in which players are attempting to put boxes on a pallet in the most compact way possible. The game was designed by Hadi Barkat and Sébastien Pauchon and is published by Helvetiq. 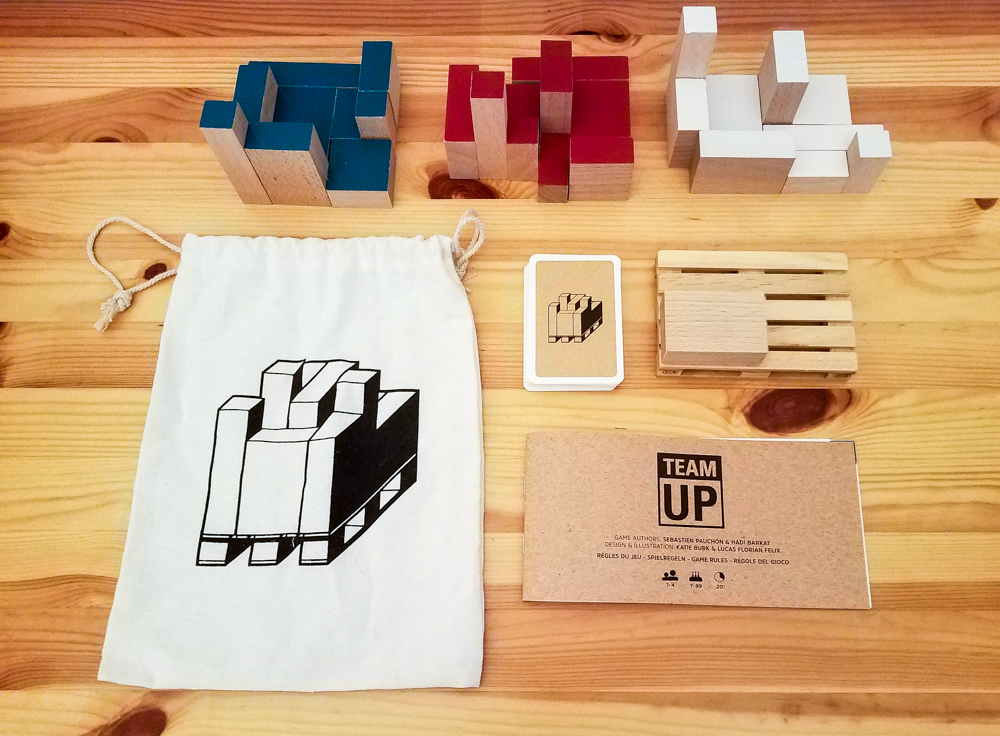 Team Up! is all about trying to figure out how to load a pallet with boxes of different sizes and hopefully ending up with a perfectly loaded pallet that goes five layers high. There are 27 total boxes that come in three different colors. There’s also a neutral box, which is the first box that goes on the pallet.

On your turn, you’ll simply draw one card and place that type of box on the pallet. Some of the cards will allow you to choose from one or two sizes of any color, while others will show you a color you need to place.

There are a couple of rules that you have to follow when stacking your boxes. The main one is that your box has to touch a box that is on the pallet. You also have to make sure that the entire box is on the pallet and not hanging off in any way. The boxes can’t hang over any empty space, making it impossible to place a new box in that space. The last rule is that two boxes of the same shape can’t be fully covering each other or have any of their sides in full contact.

If you ever draw a card and can’t place a box of that type on the pallet for any reason, you place that card face down in the discard pile.

The game ends in one of three ways:

Once the game ends, you’ll figure out your score. You’ll get five points for every completed layer, and you’ll lose one point for boxes that weren’t placed and for face down cards in the discard pile.  The perfect score in Team Up! is 25, which you’ll get if you’re able to stack five complete layers of boxes. 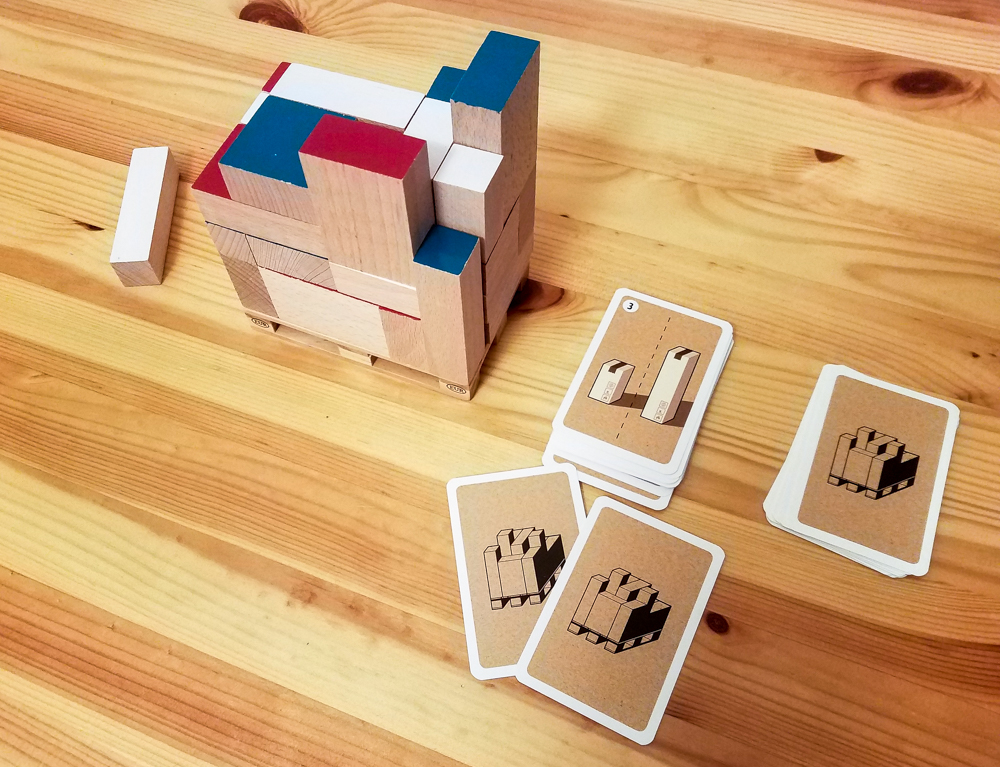 I really can’t recommend Team Up! as a cooperative game for adult gaming groups. Even if you do have 2-4 people who are equally skilled, it still feels like multiplayer solitaire, which most groups don’t enjoy. It can be fun the first couple of plays, but chances are most adult groups would want to move on to something a bit more exciting pretty quickly.

Even though I don’t think Team Up! will work for everyone, I do think some people will enjoy it. It could work as a family game, a kids game, a solo game, or maybe even as a team building activity. It’s as simple as this: If you like the idea of trying to find the best way to stack boxes on a pallet, chances are you will enjoy this game.

I personally think Team Up! is a pretty good solo game and just an okay co-op puzzle. I’ll keep playing it until I get a perfect score, which means I’ll probably own it for the rest of my life.

Thanks for taking the time to read our Team Up! review! To stay updated on all things cooperative board games, follow us on Twitter, Facebook, or via RSS.