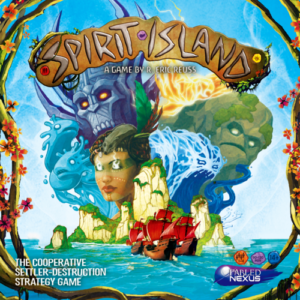 This Spirit Island review was made after playing the game eight times.

What is Spirit Island?

Spirit Island is a cooperative strategy game in which you control spirits who are attempting to prevent colonists from invading their land. The game was designed by R. Eric Reuss and is published by Greater Than Games. 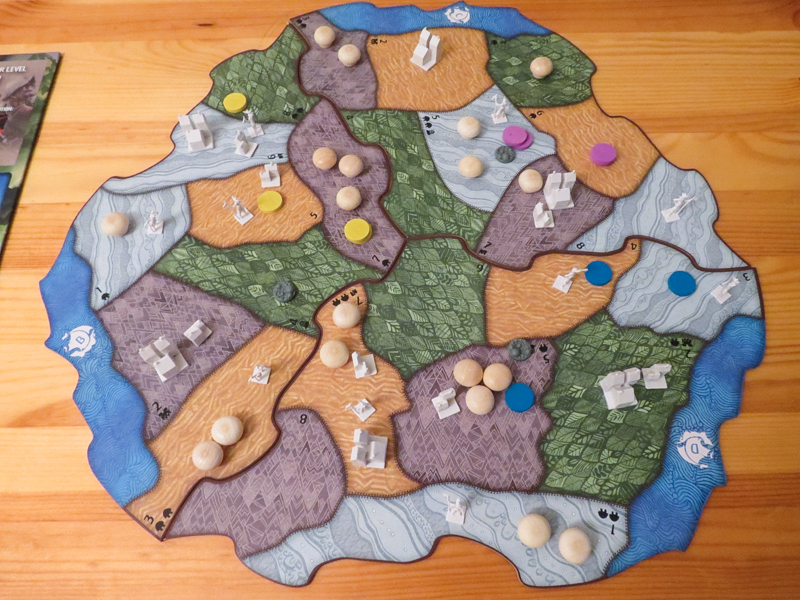 Throughout each game of Spirit Island, you’ll be trying to scare off and destroy invaders who are attempting to colonize your island. You’ll do this by using your spirit’s power cards and by getting some help from the Dahan, the natives who the spirits have allowed to stay on the island.

There are five types of “characters” that are on the board throughout a game of Spirit Island: 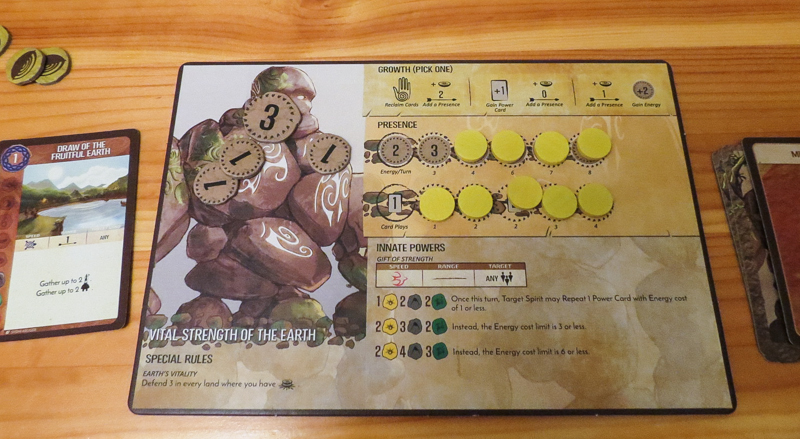 All of the spirits play very differently. Some are great at attacking the invaders, some are great at causing fear, some work well with the Dahan, and others are better at defending the land. You’ll be working with the other spirits to keep the invaders under control until you’re able to build up your powers and wipe them off the island.

Each spirit begins the game with a Spirit Panel and four unique power cards, and you’ll be adding more cards (Minor and Major Powers) to your deck throughout the game. The cards are either fast or slow; the speed tells you when the cards’ effects will be resolved (more on that below). The cards also have elements listed on them, which can be combined to execute your spirit’s Innate Powers (special abilities) and additional card effects if you get the right combinations. 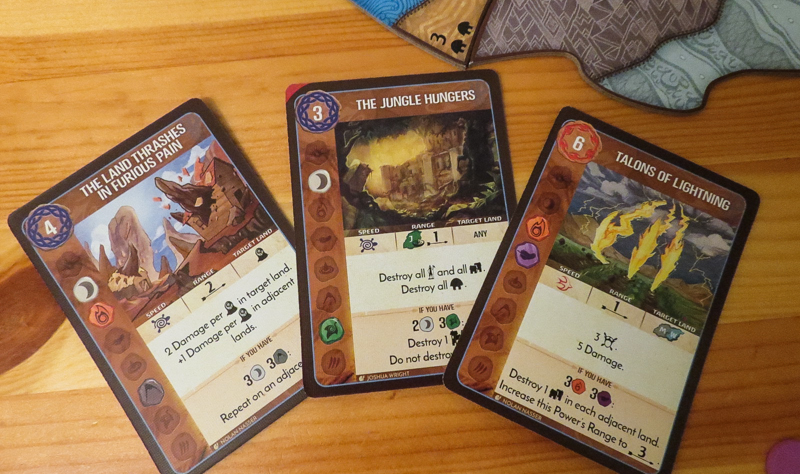 Each round of Spirit Island consists of five phases: 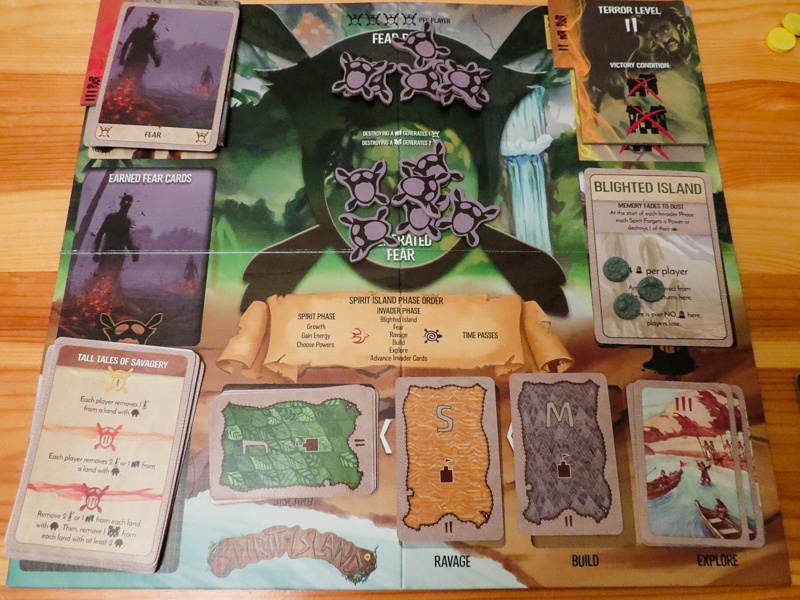 One of the ways that you can control the island is by causing fear. You’ll generate fear by destroying towns (one fear) and cities (two fear) and also by playing certain power cards. Once you’ve generated enough fear, you will earn fear cards, which get resolved at the beginning of the Invader Phase.

During most games, you’ll lose if too much blight is added to the land. Blight is added when the invaders do two or more damage to any part of the island. Blight also causes the spirits’ presence to be removed, which can also result in a loss if there a spirit has no presence left on the island. The third way to lose is if time runs out, which is when there are no invader cards left to be drawn.

You’ll win the game if you meet the current victory conditions, which change as you generate fear. New  Terror Levels will be revealed as you cause more fear, making the game easier to win. You can even cause so much fear that you win simply by scaring all of the invaders away!

Those are the basic Spirit Island rules (well, some of them). The game also comes with three Adversaries and three Scenarios, which add in additional rules and make the game more challenging. 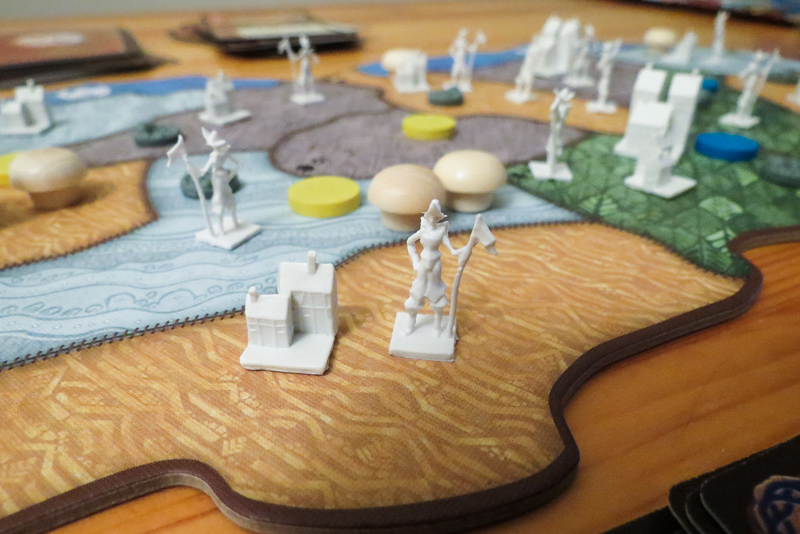 Spirit Island is definitely one of the best co-op board games I’ve ever played, but it’s not that high up on my group’s combined list. I’ve played it with seven people and three said they weren’t fans because it’s too much of a brain-burner. It really is, but I’m personally a fan of games that require a lot of analysis since that usually means the game has massive replay value (which this does). Plus, as I explained to them, you get to know the spirits and cards over time and it becomes easier to figure out what you should do each turn.

If you’re not a fan of deeper, thinky board games, you probably won’t enjoy Spirit Island. If this theme intrigues you and you enjoy highly tactical games that reward you for good planning, this is a must-try.

Thanks for taking the time to read our Spirit Island review! To stay updated on all things cooperative board games, follow us on Twitter, Facebook, or via RSS.