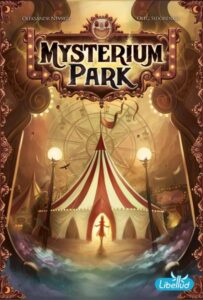 This Mysterium Park review was made after playing the game six times (3 two-player games, 1 three-player game, and 2 four-player games).

What is Mysterium Park?

Mysterium Park is a cooperative, murder mystery, deduction game in which you attempt to figure out who murdered the park’s former director. It is very similar to the original Mysterium, but it has a different theme and streamlined gameplay.

Mysterium Park was designed by Oleksandr Nevskiy and Oleg Sidorenko, and it is published by Libellud. 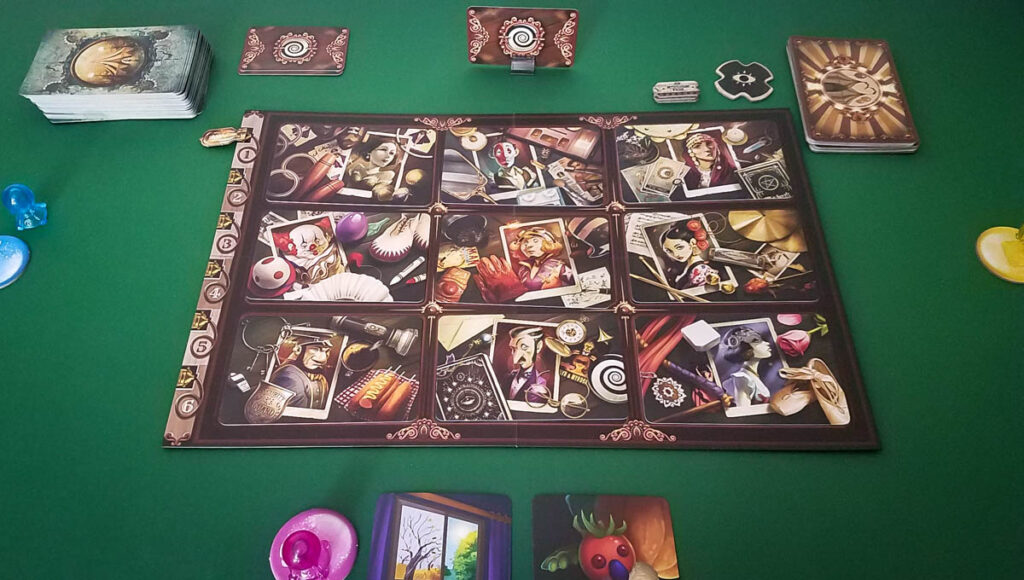 In a game of Mysterium Park, one player plays as the ghost of the carnival’s former director and their job is to give the psychic investigators clues about who murdered them. You have to narrow down the list of nine suspects and nine potential murder locations to three apiece within six turns. You then get one chance to figure out which of the three murderer-location pairings is the correct one. 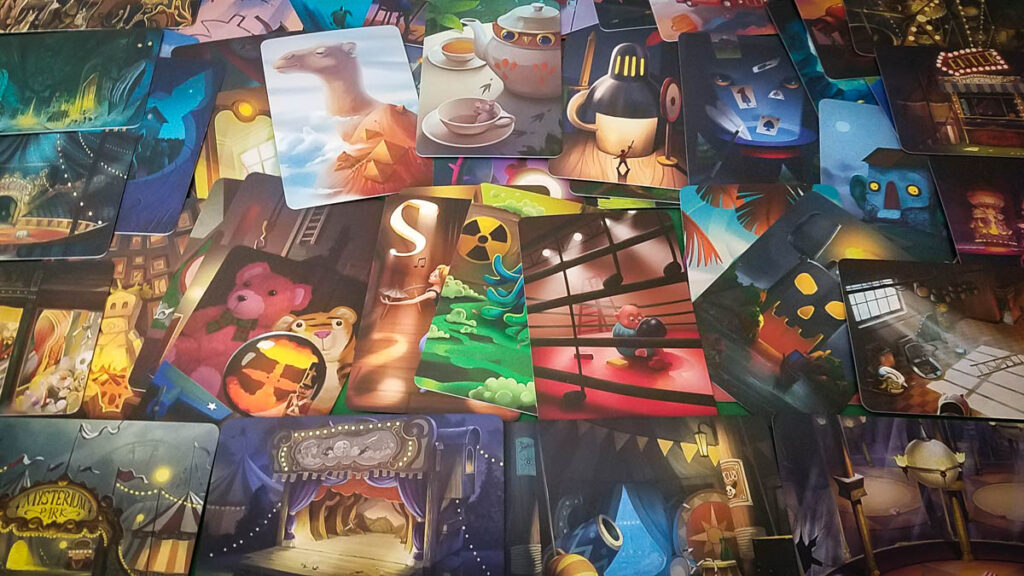 I’m a big fan of Mysterium Park, which didn’t really surprise me since I was already a huge fan of the original Mysterium. The original will continue to be my go-to cooperative party game since I prefer its haunted house theme and I like its location card variety a bit more, but Mysterium Park does have its advantages over the original. It’s easier to set up, it’s easier to teach, and it’s quicker to play, so it might actually hit the table more often, especially at lower player counts.

If you’re a fan of Mysterium and you like the carnival theme, I definitely recommend checking out Mysterium Park. If you thought the original was too long but liked everything else about it, this one will probably work better for you. If you weren’t a fan of Mysterium, I really doubt you’ll like Park since they are so similar.

Thanks for taking the time to read our Mysterium Park review! To stay updated on all things cooperative board games, follow us on Twitter, Facebook, or via RSS.