Skip to content
Co-op Board GamesReviewsCommissioned Board Game Review 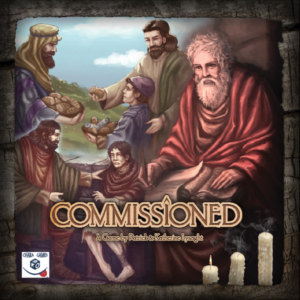 This Commissioned review was made after playing the game six times.

Commissioned is a cooperative deck building game designed by Patrick Lysaght and published by Chara Games. Players take on the roles of early apostles, spreading Christianity while trying to overcome a whole host of trials. The game has multiple scenarios to choose from and two difficulty levels. 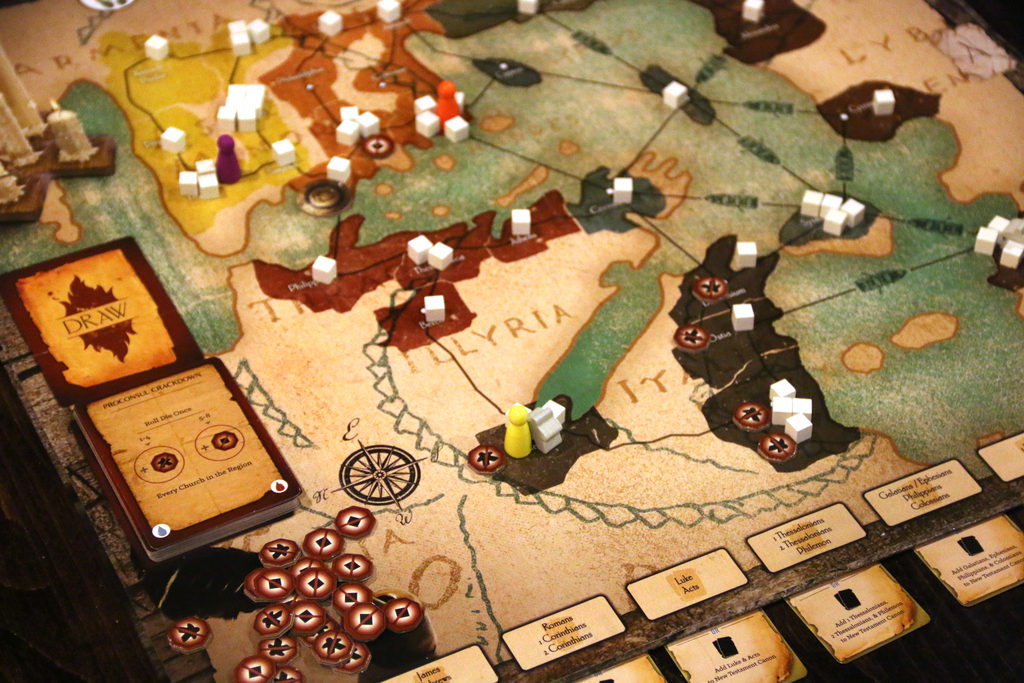 In the beginning of each game of Commissioned, players will receive an Apostle player board and a set of Faith cards that will give you special abilities throughout the game. You will also choose one of the five scenarios, which will tell you how to set up the board and what your win conditions are.

The Trial deck is a deck of cards that will hinder your progress throughout the game. Every round, the player with the Elder/first player token will have to draw from the Trial deck and resolve any effects on those cards.

The Message Die is used after players have placed their cards face down on their player boards during the “Pray” portion of the Live phase. The player with the Elder token will roll this die to see if the group can communicate during the current turn.

Each player’s unique Faith deck will help them in a number of ways throughout the game. They can use cards to get extra movement, to fulfill objectives, to spread the church, and they can even use them to buy new Faith cards.

If at any point the last church member is removed from any location, an Extinguished token is placed on one of the five candles on the board. If all five candles are ever extinguished, everyone loses. You will also lose the game if you run out of Trial cards before you have completed your objectives.

Check out Commissioned at Amazon

Commissioned isn’t necessarily going to be for everyone, but we’ve enjoyed playing it. It’s a good challenge and it’s educational without being too in your face about it. However, once we finally beat it, it’s probably not going to hit the table for us again simply because there are other co-op deck building games we’d rather be playing.

That being said, if you are looking for a cooperative board game with a Christian theme, you probably won’t find a better one than Commissioned.

Thanks for taking the time to read our Commissioned board game review! To stay updated on all things cooperative board games, follow us on Twitter, Facebook, or via RSS.