Skip to content
Co-op Board GamesReviewsExit: The Game Review 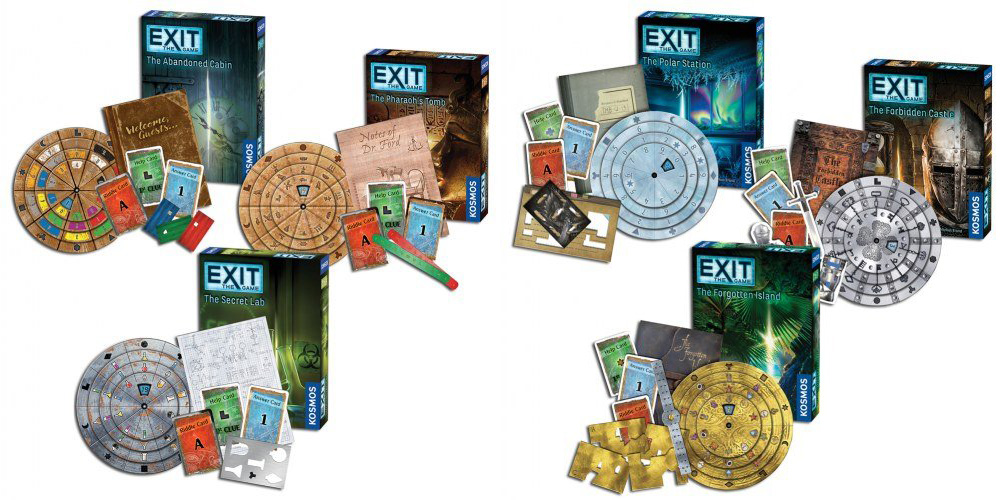 This Exit: The Game review was made after playing three of the games.

What is Exit: The Game?

Exit: The Game is a cooperative escape room series from KOSMOS in which you are attempting to solve puzzles as quickly as you can. The games have all been designed by Inka Brand and Markus Brand. 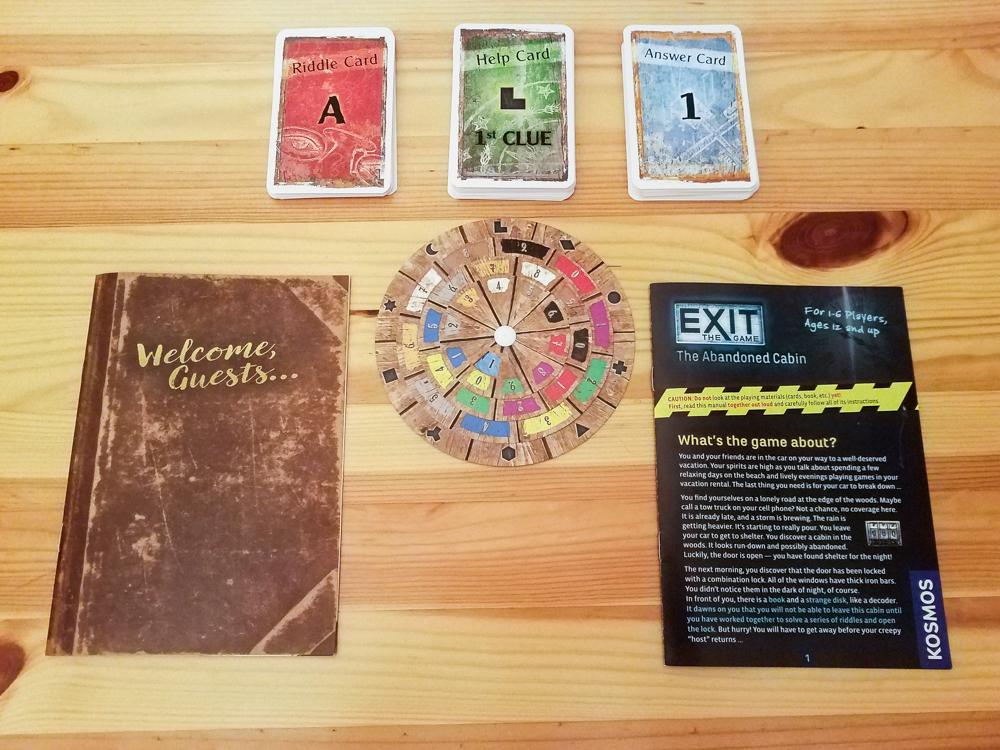 Each game in the Exit: The Game series has its own unique story, but all of the games have the same types of components and follow the same basic rules. You’ll get a decoder disk, a book that contains an introduction to the escape room and different types of clues, and three decks of cards. Unlike many of the other popular escape room board games out there, you might need to alter or destroy some components during these games to help you solve the puzzles.

There are Riddle, Help, and Answer cards in the box. The Riddle cards are the key cards in the game since they are the ones that will have the puzzles (or parts of puzzles) you’ll need to solve to escape. The Help cards are there for when you’re having trouble solving the riddles.

When you think you’ve solved a puzzle, you’ll use the decoder disk to see which Answer card you should grab. Each decoder disk has a symbol up top and three rings below it that have either numbers or other symbols. The symbol up top will be the same symbol found on the current puzzle you’re working on. Once you’ve lines up the three lower disks with the main symbol, you’ll see the number of the Answer card you should look at.

Once you’ve solved all of the riddles, you’ll check how well you did in the back of the game manual based on how quickly you finished and how many Help cards you needed to use. And that’s about all you need to know to start playing Exit: The Game!

Of all of the escape room games I’ve played, Exit: The Game has had the best and most clever puzzles. We had horrible scores in two of the three games we played, but each one provided us with a fun and memorable experience. I don’t know if this is the best escape room series yet—I have to play more of them to know for sure—but I do know that it has been the most consistent series my group has played so far.

If you’re a fan of escape rooms or other escape room board games, I’m pretty sure you are going to have a fun time with Exit: The Game. The only reason I’d tell someone to pass on these games is if they don’t like the idea of having to throw a game away after playing it once.

Thanks for taking the time to read our Exit: The Game review! To stay updated on all things cooperative board games, follow us on Twitter, Facebook, or via RSS.