Skip to content
Co-op Board GamesReviewsFog of Love Review 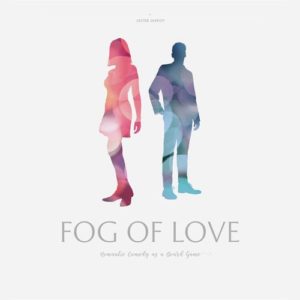 This Fog of Love review was made after playing the game six times.

What is Fog of Love?

Fog of Love is a two-player cooperative card game in which you are attempting to make a relationship work. You’ll create unique characters and play through a scenario to see if the characters are meant to be together.

Fog of Love was designed by Jacob Jaskov and is published by Hush Hush Projects. 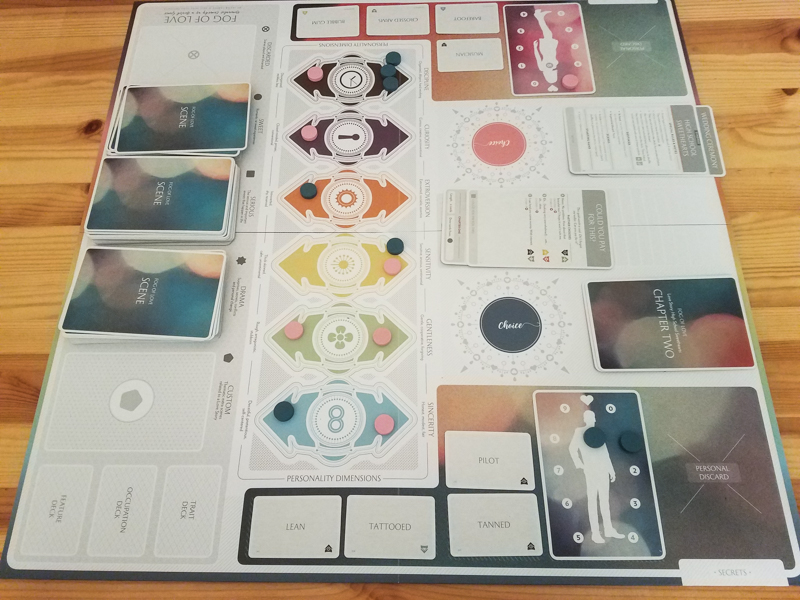 Each game of Fog of Love is made up of three parts: creating your characters, playing through the story, and then seeing how satisfied the two characters at the end of that story. It’s important to note that there really isn’t any winning or losing in this game; it’s all about seeing how the story plays out for the two characters.

Just about everything you do in Fog of Love affects the Personality Dimensions on the board. There are six dimensions: Discipline, Curiosity, Extroversion, Sensitivity, Gentleness, and Sincerity. You’ll place tokens on these tracks throughout the game.

In the beginning of the game, you’ll secretly choose three Trait cards for the characters, which will have end-game goals written on them. After that you’ll choose occupations for the characters. Finally, you’ll choose three Feature cards for the other player to show what made you interested in them. The Occupation and Feature cards give you your first personality tokens. You’ll also have a set of Destiny cards, which are similar to the Trait cards but have multiple goals on them. After the characters are created, you’ll want to name them and get a feel for who they are based on all of the cards and tokens that are on the board. 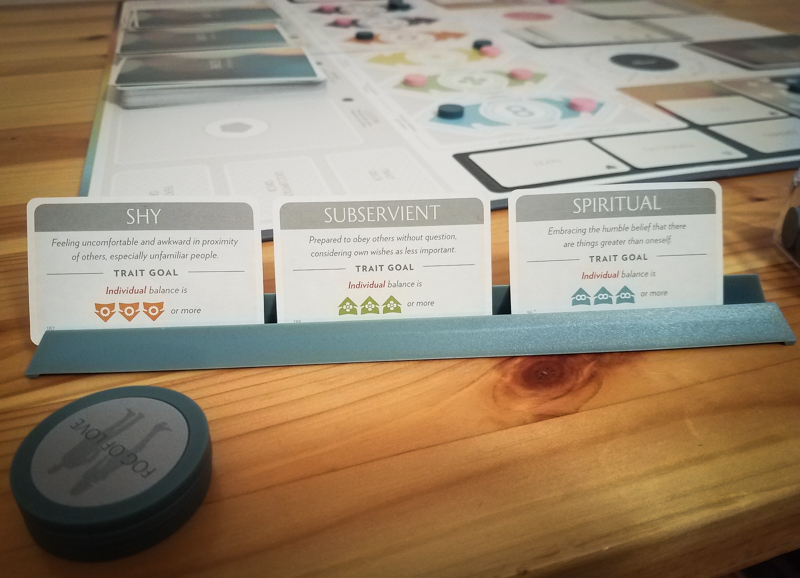 On each turn, you’ll have five Scene cards in your hand and you’ll play exactly one of them. The scenes will usually have multiple choices for you to choose from. Some only require one player to make the choice, and others have both players secretly make their choices. The choices made can affect the personality tracks, the characters’ satisfaction, or they can even affect the cards in your hands.

Each story in the box comes with its own set of chapters and possibly some other cards that will be added to the decks. The chapter cards will not only give you decisions to make about your relationship, they’ll also let you know the types of Scene cards you’ll be drawing and how many cards should be played before moving on to the next chapter (or the finale).

After you’ve played through a story, you’ll check to see how happy the characters are. You’ll do this by adding to or subtracting from your character’s satisfaction based on how well you did with your Destiny and Trait goals. 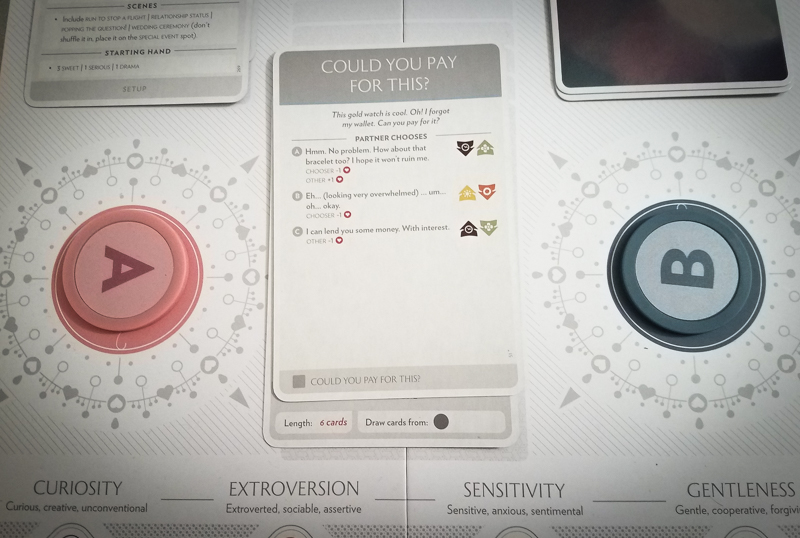 I think Fog of Love is an excellent two-player game. I’ve played it with four different people and they’ve all agreed that there’s something special here. In fact, one of my friends put this in his top 5 games (ever) right after we got through our second game… where we had a peachy relationship all the way through until I let him know I was still married to someone else (he was MAD!).

The game looks and plays great and I’m definitely going to be keeping it. If you think this games looks interesting, I’d say get it because it seems to meet or exceed most people’s expectations.

Thanks for taking the time to read our Fog of Love review! To stay updated on all things cooperative board games, follow us on Twitter, Facebook, or via RSS.